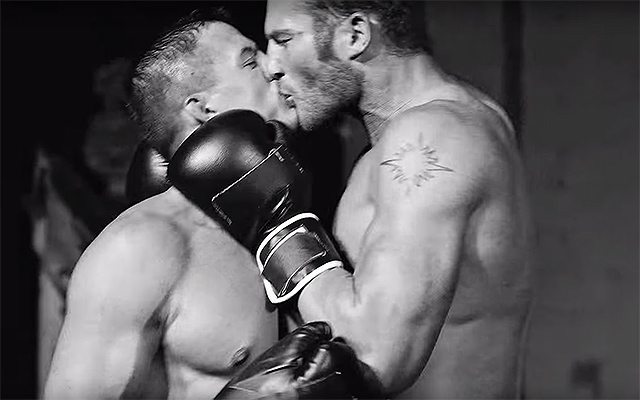 In the alluring video, Weber embraces sexual fluidity through flashes of homoerotic tension. In response to the video, designer Donatella Versace told WWD, “I love how Dylan Blue captures such an evocative world of Versace masculinity. I have always believed men should be strong, passionate, proud, expressive, unafraid.”

In a statement, Weber exposed his inspiration for the video saying, “I’ve been watching lots of movies lately where the actors are mixed martial arts fighters.”

“It seems like they are always proving themselves so that the women characters will fall in love with them. I thought it would be interesting to do some photographs and make a film that dealt with this kind of relationship. Many women I know really respect the sensitivity and vulnerability of men. I wanted to show that men can have these qualities while remaining very strong and disciplined — like great athletes — and still fall in love with the girl of their dreams.” Weber added. Watch the full video below!