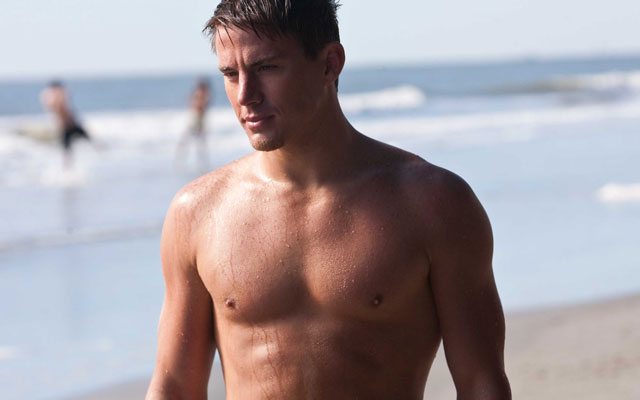 First of all, Splash (1984) is one of my favorite movies of all time — you can’t go wrong with Daryl Hannah in a tail. And, that ending credit scene is everything.

According to Variety, Disney is talking to Brian Grazer and Ron Howard about rebooting Splash. It turns out superstud Channing Tatum could be sporting a tail for the remake. Although Tatum’s chiseled (and shimmering) body will look flipping fantastic in a scales, is it what audiences want? The short answer is an astounding HELL YES.

If you’re unfamiliar with Splash, here’s the CliffNotes version: A mermaid (Hannah) saves the life of a young boy (Hanks) near Cape Cod, only to return and discover he grew up to be an egotistical (and pessimistic) adult. In the process, she reminds him how to love, and that money isn’t everything.

Since Disney hired the Magic Mike star to revive Hannah’s iconic role, the response has been surprisingly optimistic. With former co-star Jillian Bell reprising the Tom Hanks character, the chemistry is destined to be magical.

Double tap if you think mermen are sexy. (? by @mertailor)

Apparently, Bell was the one who came up with the gender switch; she allegedly pitched it to Disney execs, and they loved the concept. Hopefully, Tatum will pay a visit Bloomingdales and destroy a room full of televisions with a high-frequency screech.