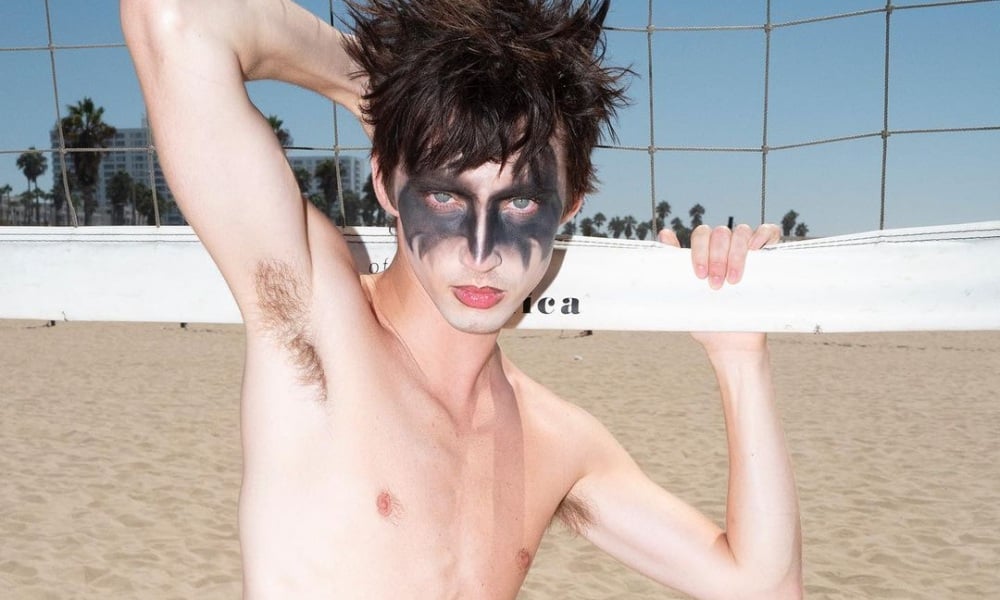 The “Angel Baby” singer sat down with his costar Rachel Sennott to chat about their “batshit crazy” HBO drama series, The Idol. Not only were we gifted with a hilarious story from Sivan about “homophobic chicken,” we also were blessed with this gothic Kiss-inspired photoshoot featuring the 27-year-old star in a tiny black speedo.

Sivan’s upcoming project, The Idol, comes from the sick and twisted minds of Sam Levinson and Abel “The Weeknd” Tesfaye. It dives into the messy side of LA fame and follows a cult leader (Tesfaye) who falls for a rising pop star (Lily-Rose Depp). Dan Levy, Da’Vine Joy Randolph and Jennie Kim will also star alongside Sivan and Sennott.

Sivan has years of experience in the music industry and said the series does a great job at portraying the chaos accurately. “I mean, obviously there’s Abel [“The Weeknd” Tesfaye, cocreator of The Idol] who’s like the resident pop star on The Idol. But there’s so many musicians on this project—I think it’s really real… I love being in the know, and fortunately or unfortunately, I feel like I’ve come across most of these characters in real life. The Idol is batshit crazy, but so is the music industry.”

Related | Watch This Epic Love Scene in ‘Interview with the Vampire’

The photoshoot with Interview Magazine clearly pulled inspiration from the show’s sexy and dark themes when it decided to put black makeup all over a bare Sivan as he walks around a beach. The pop star is all spiky hair and leather – much to his fan’s excitement.

The king of twinks https://t.co/REaycH6RFs

Besides serving a serious pout, Sivan also dished about his love for the stage, what challenges he faced on the set of The Idol and how “homophobic chicken” almost took him out during a concert. Read the full interview here and stay tuned for The Idol on HBO in 2023.