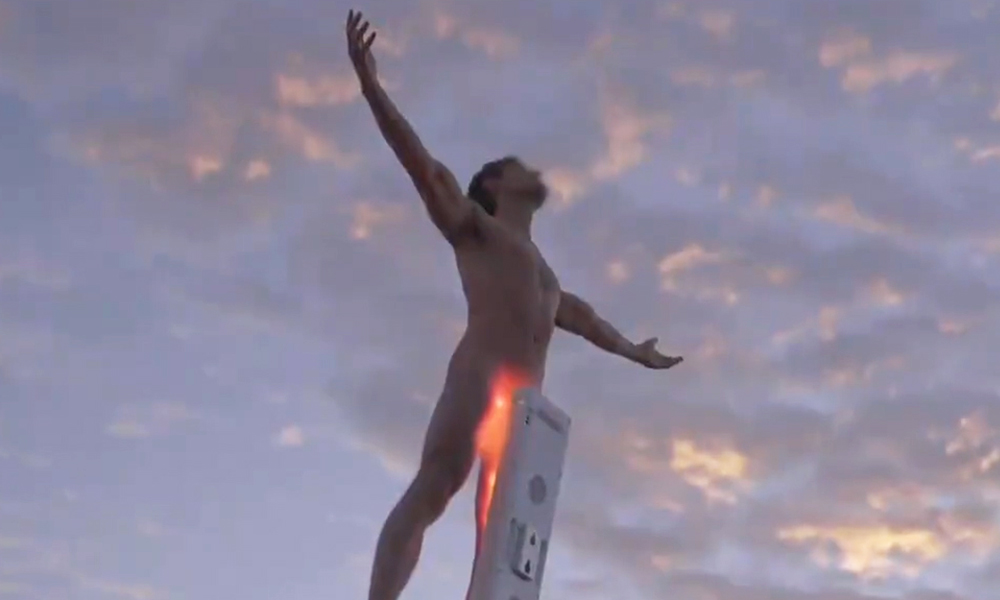 Tucker Carlson, the man who has meltdowns about cookies and M&Ms, has a new documentary coming out soon. Carlson’s trailer dropped recently and…prepare yourself because it’s very homoerotic. The series is called The End of Men and it highlights the so-called cultural attacks on cisgender, heterosexual white men. It also centers a narrative on low testosterone and the “emasculation” of men. In short, this is peak Tucker Carlson.

Related | This Viral TikTok Clip Is Full of Homoerotic Tension

I promise you are not prepared for Tucker's latest montage pic.twitter.com/8tdvYTW2cn

The End of Men

It’s no secret that the crosshairs of this particular project are squared firmly on LGBTQ+ folks. Carlson isn’t shy about his thoughts on that. Many of you will remember his rant about a single gingerbread cookie with the label “gingerbread person”. The truth is that LGBTQ+ folks don’t hate masculinity. Whole subsects of the queer community celebrate and uplift masculinity. Therein lies the accidental homoeroticism of it all.

It seems what Carlson is rallying against isn’t an attack on masculinity, but a celebration of femininity. Especially feminity that exists outside the bounds of heteronormativity and the male gaze. All of these facets of human identity can, and do, coexist within the LGBTQ+ community. That isn’t to say there aren’t ongoing debates about how much gay men overvalue masculinity, but it is a stretch to call conversations like these “the end of men”.

Unsurprisingly, the trailer is having a bit of a moment on Twitter. Besides the muscular men and the whole “reestablish order” part (which is ringing our fascism-detecting alarm bells), there is the “testicle tanning” piece to contend with. In this special, Carlson speaks to Fitness Professional Andrew McGovern about the practice, which claims to use infrared light as a form of “bromeopathic” therapy.

In his new special on how to raise testosterone levels in men, Tucker Carlson’s guest suggests “testicle tanning” using infrared light as a “bromeopathic” therapy. pic.twitter.com/PirerBMRyr

What the Hell Is Going On?

This was too much, even for Kid Rock who is a big Carlson fan. During a segment of Carlson’s show, Rock couldn’t help but criticize it. “Dude, stop,” Rock said. “Dude, stop. Testicle tanning?” As Rock joked about starting a rock band called ‘Testicle Tanning,’ Carlson attempted to reel the conversation in. “Don’t you think, at this point, when so many of the therapies, the paths they’ve told us to take, have turned out to be dead ends that really hurt people, why wouldn’t open-minded people seek new solutions?”

Like us, this question just confused Kid Rock. “I don’t know what the hell is going on in this world,” Kid Rock replied. “I’m not even sure I understand that question. Some days I just want to stop the planet. Let me off.” We never thought we’d feel the same way as Kid Rock, and yet here we are.