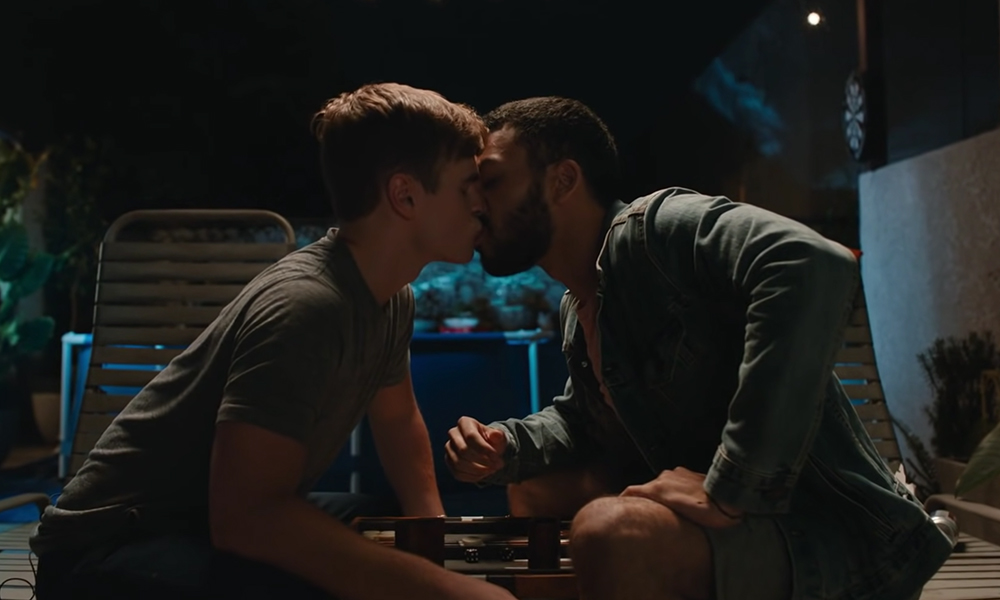 This Viral TikTok Clip Is Full of Homoerotic Tension

A scene full of gay sexual tension is going viral on TikTok.

The clip features out actor Justice Smith and ​​Graham Patrick Martin in the short film Query. The TikTok clip starts with Smith’s character Jay telling his best friend and roommate Alex that they should just kiss. Alex responds in disbelief, asking, “what’s up?” and then tells Jay to “quit f*cking around.” After they break into nervous laughter, Jay tells Alex he’s been “going on and on about this all day” and that they should just “get to the bottom of it.” The two then nervously discuss the details, including if they should use their tongues or not, and the clip ends with them kissing.

The clip comes from the 2020 eight-minute short film Query. Its official description says it follows Jay and Alex as they “challenge one another on their opinions of sexuality.” The film stars just Smith, Martin and Call call Me By Your Name’s Armie Hammer.

The comment section of the film is filled with fans who want more of Alex and Jay.  “I can’t believe I got so deeply invested in two characters within the space of 8 minutes, give us more…,” one user wrote. Meanwhile, another chimed in, saying, “I…want more. I know it’s a ‘short’ film but yeah. Can we have more? Make this into a ‘long’ movie? Just think about it is all I’m asking.”

There’s no word on whether the project will go any further, but fans want more if its renewed popularity on TikTok is any indication. So far, it has over 800k views and 110k likes.

This Viral TikTok Clip Is Full of Homoerotic Tension