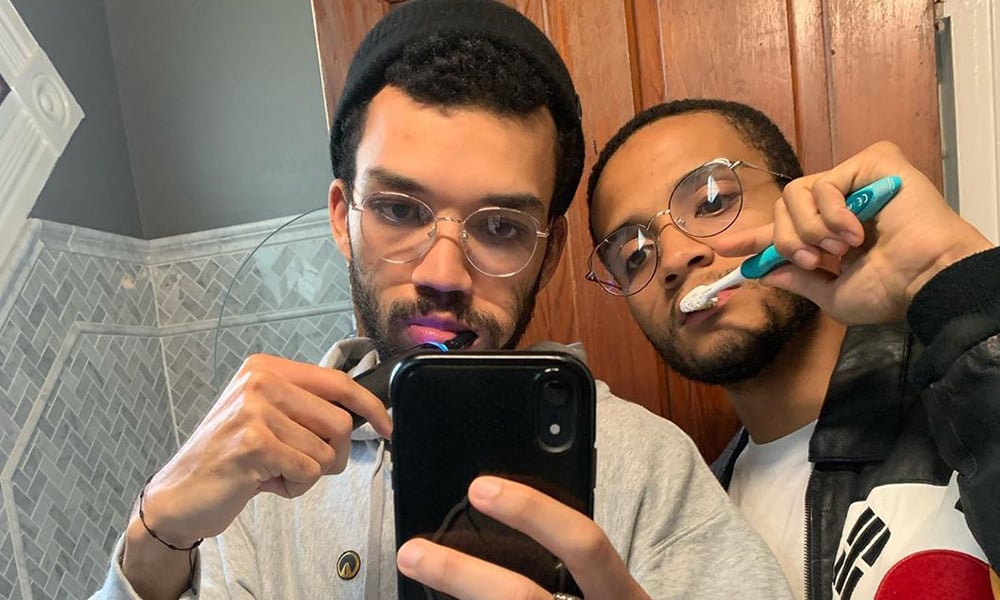 Right now, we’re running on those brief moments of light and hope that pop up every once in a while. Enter Justice Smith. Fresh off of Jurassic World fame, Smith took to Instagram and shone brightly for all of queer Instagram to see.

Raising your voice to join the masses as they shout Black Lives Matter is powerful. Coming out is powerful. Standing in solidarity with our Black trans siblings is powerful. In one incredible post, Justice Smith did all three.

Smith shared a video of himself and his boyfriend Nicholas Ashe, best-known for starring in Ava DuVernay’s Queen Sugar, at a Black Lives Matter protest in New Orleans.

“As a black queer man myself, I was disappointed to see certain people eager to say Black Lives Matter, but hold their tongue when Trans/Queer was added,” Smith continued. “I want to reiterate this sentiment: if your revolution does not include Black Queer voices, it is anti-black.

Related: The Fascinating Queer History of Coming Out

If that wasn’t enough, Smith also shared a series of adorable couple’s photos. On a night out, brushing their teeth in the morning, and kissing in a photo booth.

“There is so much tragedy on the timeline these last couple of days so I added some photos of me and Nic to show some #blackboyjoy,” said Smith. “You’ve been my rock and guiding light through all of this and I love you so much. I know that on the other side of this Is change, though the fight is far from over.”

One iconic moment is clearly not enough for the Detective Pikachu star, because right after that he took to Twitter to say this.

yo tf i didn’t come out, y’all came in