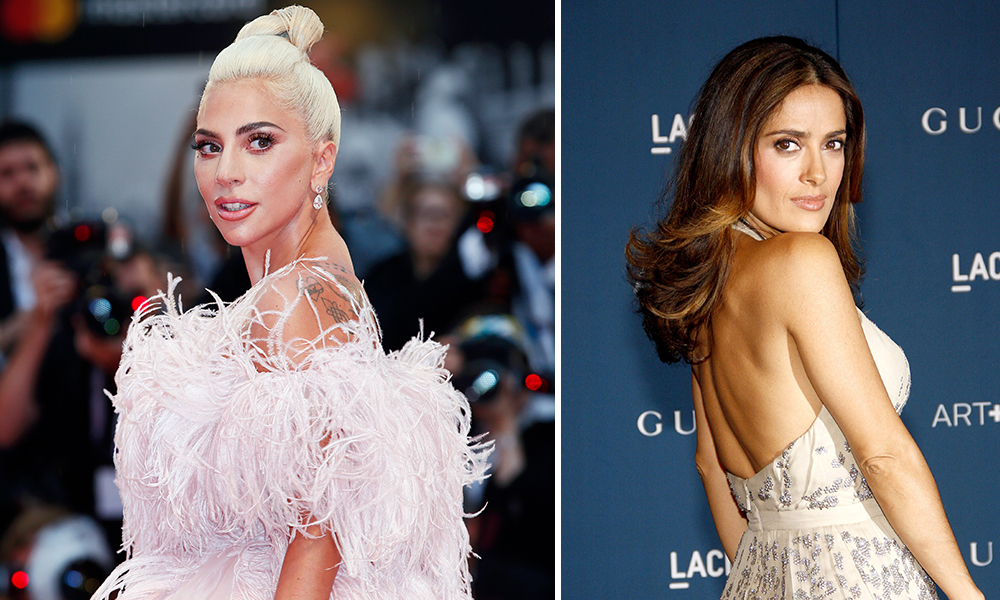 Gaga Breaks Down Make Out Scene With Salma Hayek

Lady Gaga says it was her idea to film a steamy scene with ‘House of Gucci’ co-star Salma Hayek.

Speaking on Jimmy Kimmel Live!, she provided more details about the scrapped make-out scene. She revealed she had the idea of her character Patrizia Reggiani, making out with Hayek’s Pina Auriemma while on set so she ran the idea by Hayek. “I said, ‘Okay so I was thinking, you know after the hit gets put out on Maurizio and you get the phone call that he’s dead, that I walk over to you and kiss you,'” Gaga recalled. “And she’s like, ‘WHAT!'”

Although the idea shocked Hayek, they filmed it away. Gaga also added that she made sure to get Hayek’s consent before the cameras started rolling. While it didn’t make it into the movie, Gaga remembers it well. Thankfully, she filled her fans in on the juicy details.

“[Salma’s] walking around the house and the camera was following her feet and all her cats were following her, and Salma – in order to get the cats to follow her – she put a bunch of catnip in her boots and the cats are following her,” she said. “Then we’re surrounded by cats and we start making out – and I made out with Salma Hayek. I’m like that really, you know, annoying kid in school that’s like bragging that they made out with the popular girl, but has no proof.”

She even joked about breaking into director Ridley Scott’s stuff to get a copy of the scene.

Watch Gaga’s full interview here! ( She talks about the scene about 14 ½ minutes in! )

Gaga Breaks Down Make Out Scene With Salma Hayek