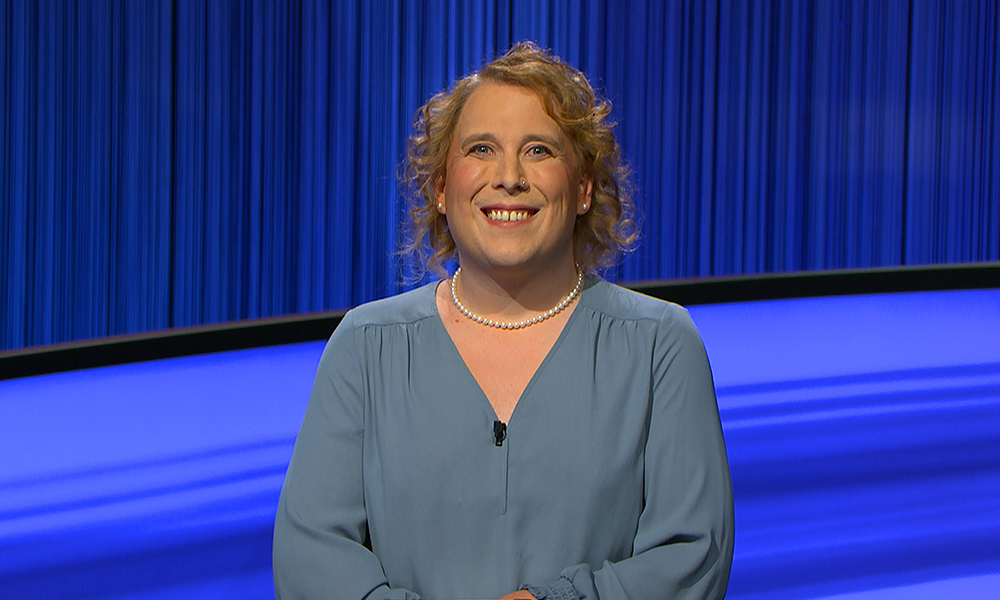 The most successful woman in ‘Jeopardy!’ history loves representing the trans community.

Amy Schneider, who recently became the fourth person in Jeopardy!’s history to cross $1 million mark in prize money, sat down with “Good Morning America” for her first live interview on Monday. Schneider admitted that representing the trans community has been one of her favorite parts of competing in over 80 episodes.

“I think that the best part for me has been being on TV as my true self,” Schneider said. “Expressing myself and representing the entire community of trans people,” she continued. “Just kind of showing a different thing than maybe some people have seen, of just being a smart, confident woman and just doing something supernormal like being on ‘Jeopardy!'”

Amy Schneider also admitted she didn’t expect to be as successful as she has been. When GMA host George Stephanopoulos asked for her secret to success, she had one thing to say. “The main secret is just being curious and spending my life learning a lot of stuff,” she said.

Last November, Schneider became the first trans person to ever qualify for the Tournament of Champions, where the top 15 earning players of the season compete.

On “GMA” she said she’s exploring her options for what she’s going to do after the show, and one idea she mentioned was writing a book! Regardless of what she does, it seems safe to say she will do great at it!