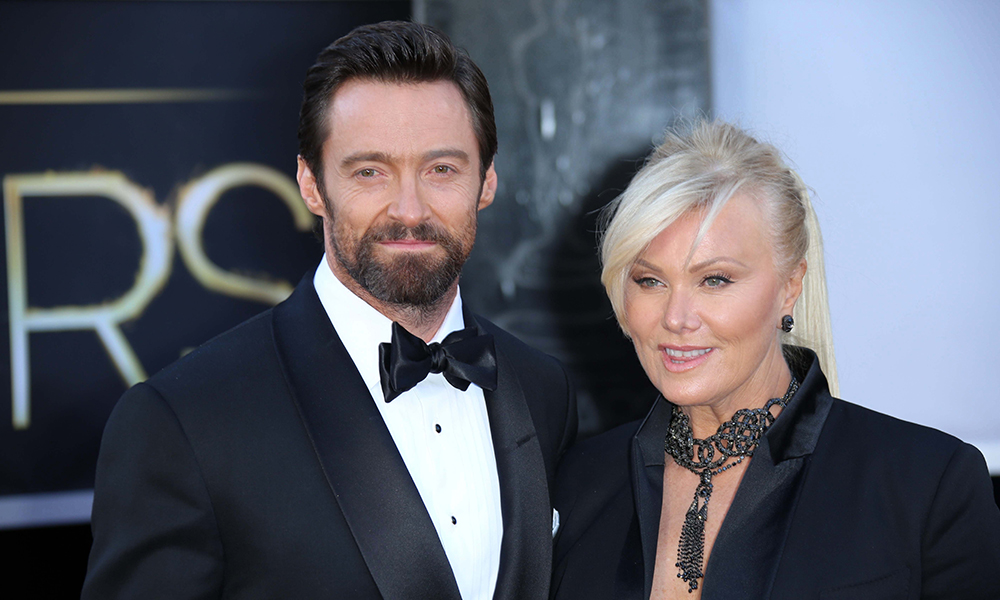 Deborra-Lee Furness is over it.

For years now gossip has swirled around the actor Hugh Jackman’s sexuality, and his wife is tired of the gay rumors. The actor once supposed that the speculation started after an on-stage performance more than 15 years ago. At the time, he played the role of a gay singer-songwriter in The Boy From Oz, which was a musical that opened on Broadway in 2003. During this play, Jackman kisses his costar Jarrod Emick, and so the rumors were born. You can watch the kiss for yourself.

“I was literally just locking lips … I started to laugh so hard,” said Jackman, describing the kiss. “So I stay kissing him, because I thought, ‘I’m just going to laugh. I’m going to stay here until it subsides’ and it never subsided and the whole audience could see my body shaking, so they started.” The star has said he doesn’t mind if people suspect he’s gay. “Some dudes do get upset, some dudes say, ‘Don’t say I’m gay,'” he said in 2018. “[But] I am good.”

His wife on the other hand has been vocal about her frustrations regarding the rumors. Jackman previously revealed just how much it annoys his wife. “Just recently, it bugs her,” he told The Hollywood Reporter. “She goes: ‘It’s big. It’s everywhere!'” During an appearance on the Not an Overnight Success podcast Furness called the rumors “silly” and argued that if true, he would already be out.

“I mean, hello guys! If he was gay, he could be gay!” she said. “He didn’t have to hide in the closet anymore, and he’d be dating Brad Pitt, or whatever. Not that Brad’s gay, but you know what I’m saying!” She continued, reiterating how silly it is, saying “it’s boring.”

This is by no means the first time that Furness has spoken out against the Rumors. During an appearance on Anh’s Brush With Fame, she said, “I see these magazines, and they’re so mean-spirited. So I hope people don’t buy these magazines and realize it’s all made up.” She also flipped the rumors on their head. “It’s like someone saying to Elton John he’s straight. I’m sure he’d be pissed. He’s not straight!”

When we say this goes back a long time, we mean it. Jackman himself once recounted a story from when this all began. “Deb, my wife, came to see [The Boy from Oz] about 40 times,” he said. “She was in the bathroom at one point, in a stall, and she could hear two women outside going ‘Is he or isn’t he?’ She was just listening for about two minutes, then she just yelled out, ‘He isn’t!'”

A History of Allyship

Hugh Jackman, gay or not, has a strong history as an LGBTQ+ ally and has supported increased queer visibility in media. “I’m all for it,” he revealed, “in every single aspect and I’m proud to be a part of any solution to [curb discrimination of queer people] through storytelling.”

Jackman and Furness have been married since 1996 and have two children.