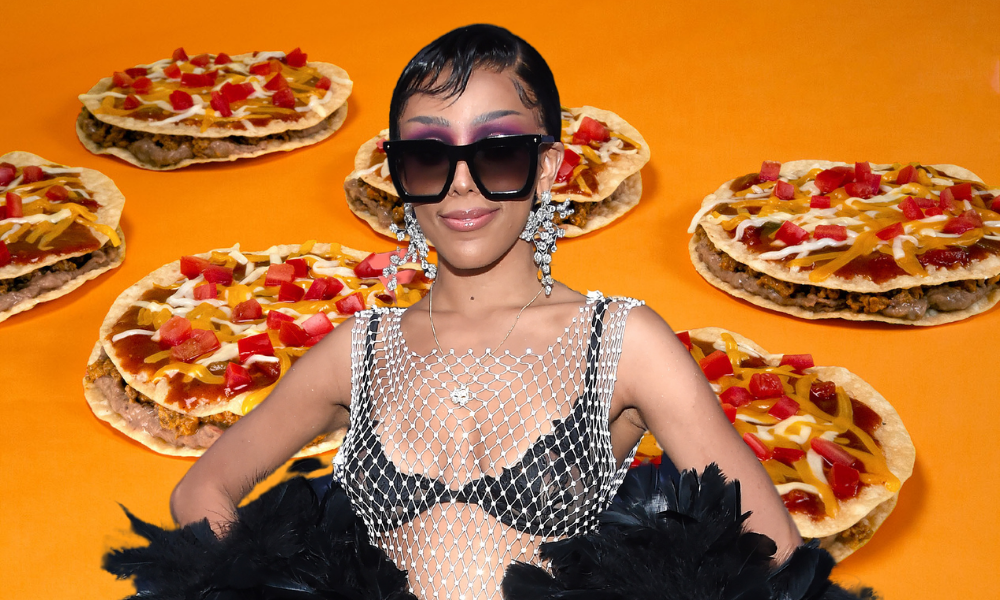 After months of hinting at the possible comeback of a Taco Bell fan favorite, Doja Cat enthusiastically confirmed the rumors. The delicious item will return to Taco Bell. The singer made it official during her Coachella performance.

We know what you’re thinking — Doja Cat and fast-food mainstay Taco Bell may seem like an unlikely combination, but so did Mexican Pizza to many people.

Doja Cat might have single-handedly brought back one of the most beloved drive-through foods, so show her some respect!

In the fall of 2021, the Grammy winner tweeted Taco Bell letting them know she was not happy about their removal of the Mexican Pizza from the regular menu and demanded they bring it back. The Pepsi-owned fast-food franchise responded and later partnered with the hip-hop star.

First, Doja Cat appeared in a Superbowl commercial for Taco Bello and later released a series of viral videos on TikTok discussing her work requirements as a spokesperson. She hilariously disclosed her obligation to create a “jingle” for the franchise about the Mexican Pizza, noting with irritation that it was “contractual.”

Taco Bell CEO Mark King recently commented on Doja Cat’s jingle.  He explained how the fans influenced one of the biggest comebacks in recent history. King said, “from its flashy introduction to menus in 1985 as ‘Pizzazz Pizza’ to its inspiration behind the creation of infamous jingles, Mexican Pizza has a long history with the brand, and I’m glad we could give fans what they crave and bring our classic Mexican Pizza back home where it belongs. Our menu is full of fan favorites, but the Mexican Pizza is at the top of that list.”

When Is the Mexican Pizza Coming Back?

The Mexican Pizza officially returns to a Taco Bell near you starting May 19. You can order early if you’re a loyalty member, beginning May 17.