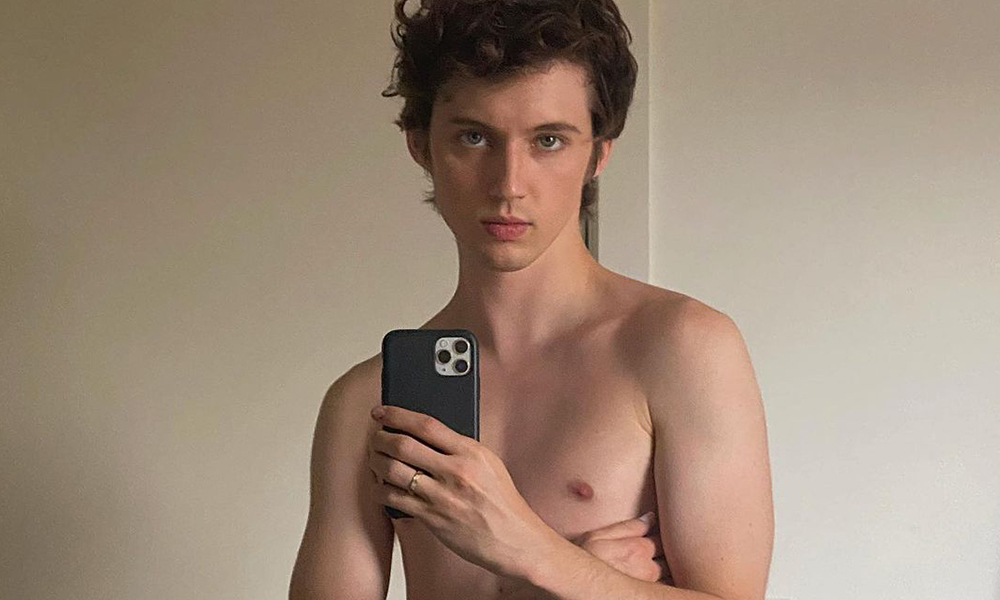 Troye Sivan Is Working on a New Queer TV Project

Troye Sivan is coming to your TV. The “My My My” singer is starring in the queer coming of age movie Three Months where he plays Caleb, who falls in love while waiting for his HIV test results. While that came out today, he’s already working on another project called The Idol.

Deadline reports that Euphoria creator Sam Levinson co-created the music industry drama series starring The Weeknd and Lily-Rose Depp. Sivan recently opened up about the project in an interview with W, saying he’s excited to get more into acting. “I’m still filming it, I was on set yesterday. I’m just having the best time,” Sivan said. “I think because [filming] has been such a long time and it’s been so consistent, I feel like, ‘Oh, I could really, really do this.’ Not even from an ability point of view, just from an enjoyment point of view. I’m having such a good time and the quality of every single aspect of a production like this is so inspiring to watch. It’s just a crazy experience, it’s been so fun.”

He’s out of his comfort zone

The out star continued, “It’s so new because even though I’ve done it a bunch of times, it’s been so sporadic.” The 26-year-old singer admitted acting is out of his comfort zone, but he’s finding his footing. “I’ve really only recently started letting myself think about [acting]. A lot of it came from a place of insecurity of me being like, I don’t know what I’m doing, I’m not a real actor, and now I’m starting to feel like, ‘No, you know, I’m getting some experience under my belt, I’m clocking up a lot of hours on set,” he explained. “I’m paying my dues a little bit and allowing myself to daydream about it and think about it.’ It feels like the possibilities are endless. I would love to play someone evil and the only way to do that realistically is to try and find the humanity in them, which would be a difficult task but something that I see as an exciting challenge. I would love, as I say, to do something with a big ensemble cast and watch people do what they do best and bounce off each other.”

He already has some acting under his belt

In addition to Three Months, Sivan is no stranger to the camera. He’s worked on the 2018 film Boy Erased, the South African Spud film franchise, and X-Men Origins: Wolverine.

The Idol is currently in production, but there’s no word on when it will air. Until then, fans can watch Three Months on Paramount+ today! Check out the trailer down below.

Troye Sivan Is Working on a New Queer TV Project