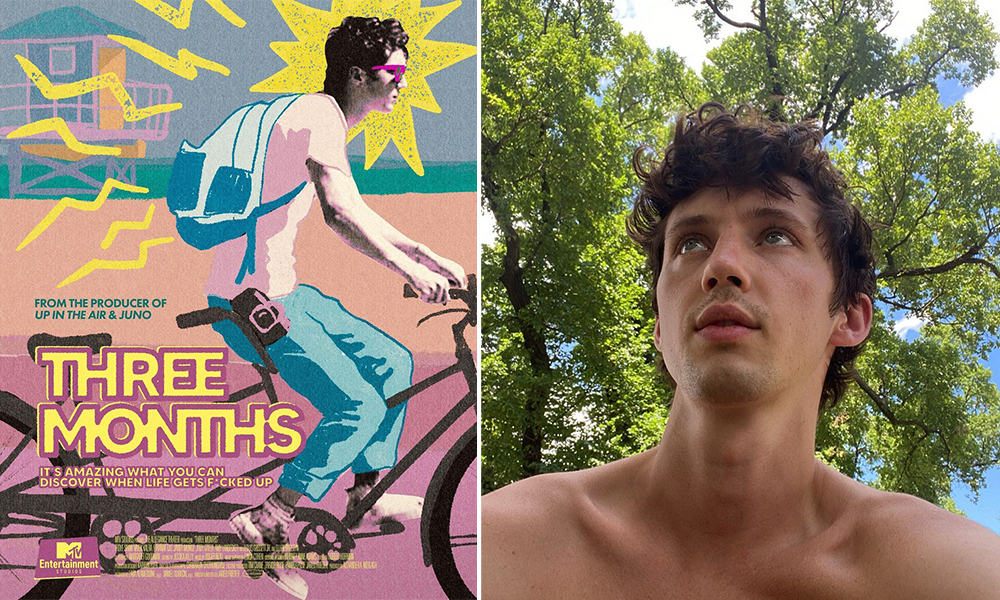 Troye Sivan is returning to the big screen!

Troye Sivan is starring in a queer coming-of-age comedy-drama Three Months. Not to mention, fans don’t have to wait long to see it. Obviously, we’re very excited.

Three Months follows Florida teen Caleb ( Sivan), who finds out about his exposure to HIV on the eve of his high school graduation. While waiting three months to test for the virus, he “finds love in the most unlikely of places,” according to the official description.

Not only is the “My My My” singer starring in the film, but he’s also making music for it! In fact, Sivan has written two songs for the film’s soundtrack.

“[Three Months] is a movie we made against all odds throughout a global pandemic,” Sivan wrote on Instagram. “It’s out on [Paramount+] on Feb 23. It stars Ellen Burstyn, Lou Gossett Jr., Viveik Kalra, [Brianne Tju], and myself. It’s brought to you by the producers of Juno and Up in the Air (two of my fave movies!) and is directed and written by my friend and fellow Nice Jewish Boy [Jared Frieder]. I care about it a lot. Can’t wait for you to meet Caleb!”