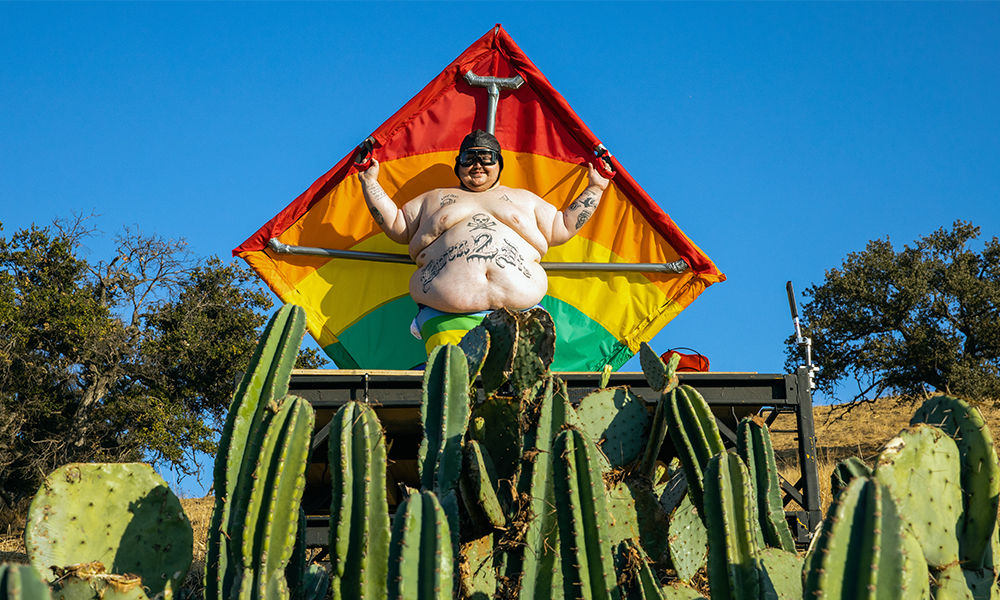 The men of ‘Jackass Forever’ say the series helps fight against homophobia.

Jackass stars Steve-O, Wee Man, and Chris Pontius, recently sat down with Gayety’s very own Brett Lemick. They talked about the criticism they face for being playful with one another and had some thoughts on homophobia.

“There’s so much homo-erotic humor in Jackass,” said Steve-O. “I think what is kind of driving all of that humor is really making fun of homophobia,” he continued. “When we’re running around in our thongs […] I think that really we’re poking fun at people who are insecure and people who are negative and hateful.”

“We wanted a reaction, and what we got was even more acceptance,” Wee Man said of a stunt where he and Preston Lacy ran around West Hollywood in their tighty whities. “You just have to be more open and carefree, and everything works out way better in your life.”

A Different World For Jackass

Pontius said the world was definitely a different place when Jackass first started. He says he thinks “people were afraid to like have fun.” “Before the show actually came out on TV, I was like rollerblading down, like the boardwalk in a jockstrap and people were like, wanting to actually like, almost like fight me.” Now, he says, the same people that wanted to beat him up are now giving him hugs and asking for his autograph.

“So I think the world needed it,” the Jackass star said. “To know it’s okay to have fun. Television and media show, I think it’s an outlet that shows other people that the way they feel when they’re in their environment at home where they know they wanna let it out and seeing that people are actually letting it out and being whoever they are, no matter their sexuality, it gives that, hey, if they can do it, I can do it.”

The three wrapped up the interview by revealing who they wanted to kick them in the balls. Wee Man was immediately ready with his answer of Ozzy Osbourne, Pontius chose Dolly Parton, and Steve-O would pick President Obama. Jackass Forever is in theaters this Friday.