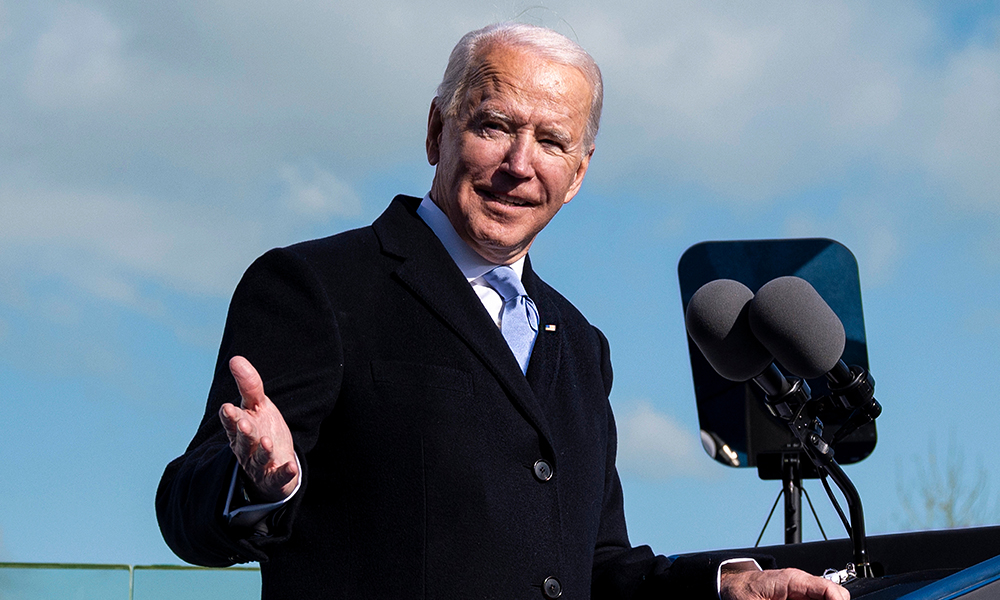 President Biden is fighting back against Flordia’s latest homophobic bill.

Florida Governor Ron DeSantis recently offered his support for the “Don’t Say Gay” bill which aims to end all discussion of sexual orientation and gender identity in schools.

The Republican governor told reporters it is “entirely inappropriate” for teachers to discuss gender identity with students. However, the White House is firing back. On Twitter, the Biden administration slammed the conservative politicians who advanced the legislation, designed to attack LGBTQIA+ kids.

The President then responded to the White House’s tweet and offered his full support to the LGBTQIA+ community.

President Biden said he wants “every member of the LGBTQIA+ community — especially the kids who will be impacted by this hateful bill — to know that you are loved and accepted just as you are,” he wrote. He continued writing that he will “continue to fight for the protection and safety you deserve.”

DeSantis said instead of human rights issues, schools should focus on the absolute bare minimum. “Schools need to be teaching kids to read, to write,” DeSantis claimed. “They need to teach them science, history. We need more civics and understanding of the U.S. Constitution, what makes our country unique, all those basic stuff.”

“The larger issue with all of this is parents must have a seat at the table when it comes to what’s going on in their schools,” he added.

DeSantis has all but signed the bill, but it will become law soon by the looks of it. It’s unclear what Biden and his administration are planning to do to stop this bill and others like it from becoming a reality.