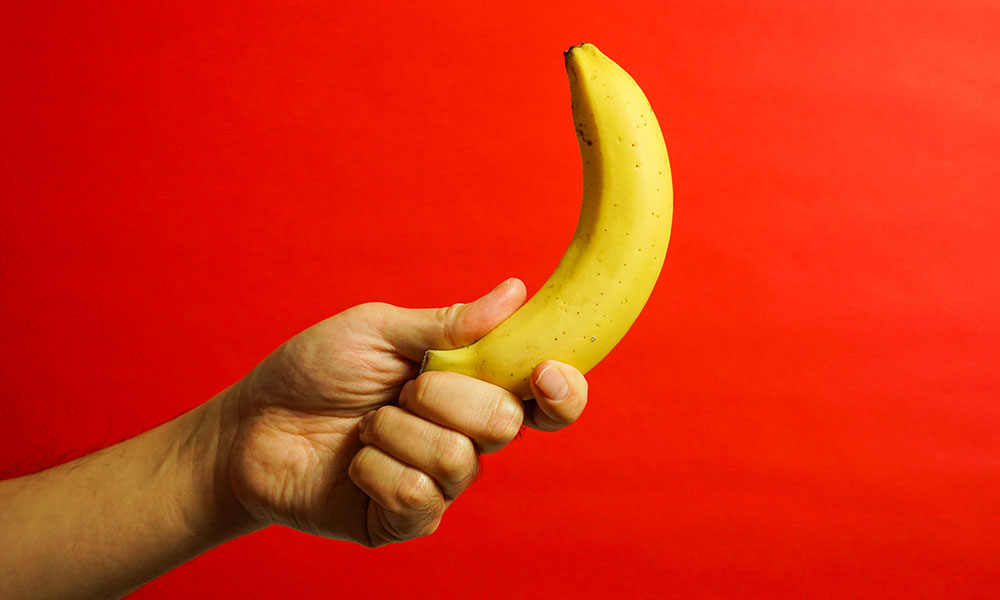 The Science Behind Which Way Your Unit Hangs

Have you ever questioned why your peen hangs at the angle it does?

Maybe it dangles to the right because it’s accustomed to being, um, pulled in that direction by your right hand? Or perhaps it hangs to the left because that’s the pant leg it’s confined to for most of the day?

In both cases, you’d be mistaken.

According to male reproductive health experts, nothing you do daily affects which way your shaft leans. Here’s the thing about your thing: many human bodies appear proportional; up close, however, it’s typically not perfectly symmetrical. From irregular patches of facial hair or one foot that’s slightly bigger than the other, your body is full of little imperfections  —  yes, including your peen.

Many animals — including most other primates — have a penile bone, which helps in reproduction and gives the organ its structure. For humans, though, it is made entirely of spongy tissue, which stiffens when blood pumps into it. This tissue is fastened to the pubic bones via a two-sided root, and this is where the asymmetry emerges.

For most men, one side of the root simply happens to be insignificantly longer on the right or left, with the result that your tool hangs down farther on that side — and well, gravity takes it from there.

More extreme incidents can be explained by an ailment called Peyronie’s disease. This is a rare condition where the curve in the shaft is so apparent it makes arousal painful. However, this is generally caused by some kind of injury to the organ.

When it comes to your natural curve, as with the size and shape and everything else about your d*ck, it’s just how you were born. So if you have grievances, you can blame genetics.

The Science Behind Which Way Your Unit Hangs