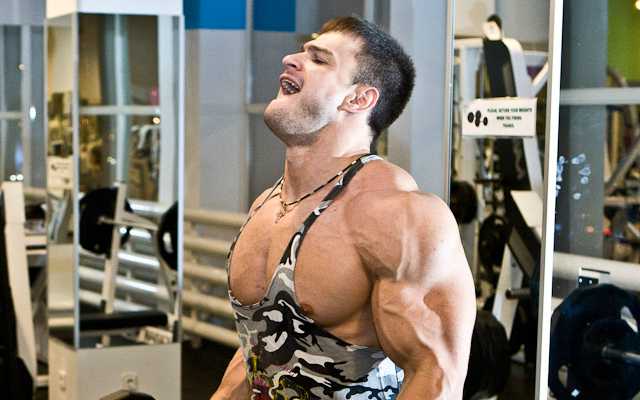 Have you ever been planking like a beast when suddenly you blow your load in your gym shorts? We haven’t either, but according to Men’s Health, it happens more often than you think. Men’s Health Sex Professor Debby Herbenick, Ph.D. discovered that 10 percent of women and men climax while exercising.

Related: 7 Workouts to Get the Bubble Butt of Your Dreams

During the study, some of the men in her study “reported getting off while doing situps and pullups, lifting weights, climbing ropes, and running.” Men’s Health reports:

“The crazy thing is coregasms don’t have to involve any thoughts about sex or friction on your genitals. They often seem to result solely from working your abdominal muscles, says Herbenick, author of the new book “The Coregasm Workout: The Revolutionary Method for Better Sex through Exercise“.

Scientists haven’t yet figured out how that’s possible. Some theories involve stimulation of internal body parts, like nerve pathways, that are associated with orgasm, Herbenick says.

This isn’t something we’d necessarily recommend trying to achieve — at least not in a public gym. Exercise-induced orgasms often involve ejaculation, says Herbenick, and that could obviously get messy.

But if you do feel a coregasm coming on, you can prevent it by stopping whatever exercise you’re doing, she says.”

In April of 2014, Dr. Herbenick interviewed on #OWNSHOW on Oprah’s OWN Network. Watch the clip below for more info!