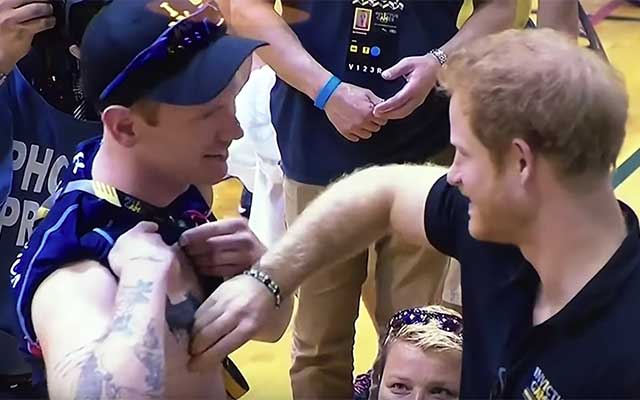 His Royal Highness Prince Henry of Wales (aka Prince Harry) is by far our favorite male — he’s always a good time. Remember when he sported serious VPL at a posh charity event? It was epic. This time, the 31-year-old playboy decided to get physical with volleyball player Ashley Coles at the Invictus Games in Florida.

Apparently, the volleyballer (who happened to be a military veteran) was simply showing off his tattooed chest, when Prince Harry quite unexpectedly took hold of his tit and gave it a good tweak. By the looks of the pinch, the young royal has a lot of experience in nipple play.

Whether or not you enjoy nipple action, it’s impossible to not feel royally jealous. After all, he’s fifth in line for the throne and much better looking than his father.