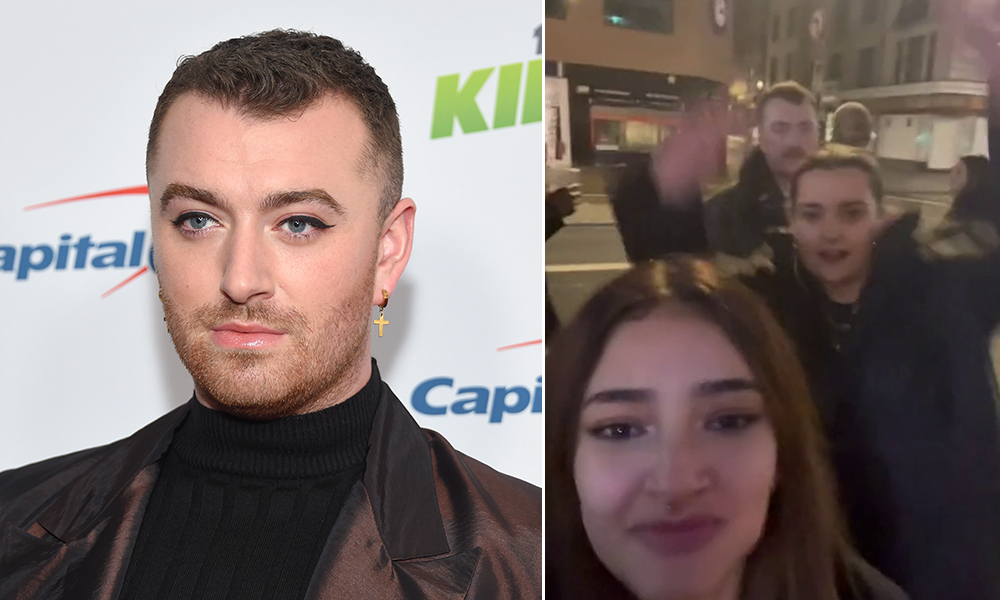 A viral video on TikTok shows a fan shocked by her encounter with Sam Smith on the streets of London.

It looks like Grammy-winning singer Sam Smith was enjoying a night out with some friends when a fan spotted them.

TikTok user @__.sheima began recording on her phone and eagerly ran up to greet the artist. Unfortunately, it was not at all the interaction she was expecting.

The video shows one of Smith’s friends approaching the fan and shouting, “Shut the f**k up, you dumb b****,” while attempting to stop her from filming.

In another video posted to TikTok, Sheima is standing away from the group and attempting again to tell Smith she loves them when another member of the star’s entourage tells her to “shut up.”

“Don’t tell me to shut up. I love you, Sam Smith,” the fan replied.

@__.sheimaReply to @iwaslivinginmyhead them telling me to shutup after ive told them i love them♬ original sound – Unfollow

Though it’s understandable for stars to want some privacy, Sheima was upset about how the interaction went down. She posted a follow-up video tagging Smith and singing along to “I Hate U” by SZA.

While the comment section was primarily filled with users expressing their own shock at the group’s behavior, some were on the defense about a celebrity’s need for privacy.

One user wrote, “Was it an overreaction? Yes, but it’s not okay to just run up to celebrities with your camera. Everyone is entitled to some privacy.”

“I have seen Sam Smith and their mates walking around Soho area being SO rude so many times,” another user said.