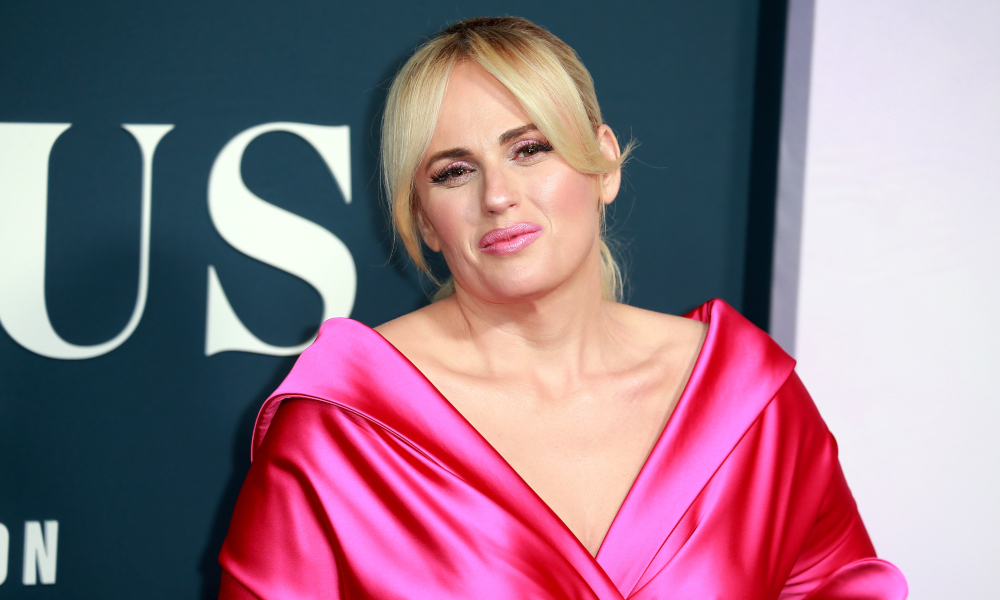 Rebel Wilson Is a Mom

Rebel Wilson shocked the world when she announced the birth of her daughter, Royce Lillian, on Monday morning.

The Pitch Perfect actress shared a beautiful photo of the babe in a baby pink onesie and wrote, “Beyond proud to announce the birth of my first child, Royce Lillian, born this past week via surrogate. I can’t even describe the love I have for her, she’s a beautiful miracle!”

Wilson also thanked everyone for their support and said this had been years in the making. “But particularly wanted to thank my gorgeous surrogate who carried her and birthed her with such grace and care. Thank you for helping me start my own family, it’s an amazing gift. The BEST gift!! I am ready to give little Roycie all the love imaginable.

“I am learning quickly… much respect to all the Mums out there! Proud to be in your club.”

Wilson’s Baby News is Met With Lots of love

The post was met with many heartfelt messages from fans and friends, including Pitch Perfect costar Skylar Astin who wrote, “Congrats Mamma Rebel.”

Another Pitch actress Chrissie Fit shared her excitement and said, “Royce! Auntie Chrissie loves you so much already 😍😍😍 I can’t wait go to Disneyland with this little princess!”

Wilson’s partner Ramona Agruma also dropped a comment on the post, and she showed her love with three heart emojis. Wilson’s relationship with the fashion and jewelry designer went public in June.

“I thought I was searching for a Disney Prince … but maybe what I really needed all this time was a Disney Princess #loveislove,” she wrote on Instagram.

Though her and Arguma’s coming out was met with love and support, a journalist from the Sydney Morning Herald later revealed that she was being blackmailed. Andrew Hornery reportedly gave her two days to comment on her new relationship before he would publish the story himself.

The Actress Handles Everything With Grace

“Just seeing the news that the Australian Press Council has condemned the Sydney Morning Herald and their journalists for their recent grubby behaviour in trying to out my same-sex relationship,” Wilson wrote on social media one week ago.

“And while I didn’t personally ask for any action to be taken I am glad that this has been officially recorded and recognized. Their actions did cause Ramona and I a lot of distress and while we’ve remained classy, there are still pains from having to rush this news publicly which we are dealing with. We move on, focusing on all the absolutely amazing new things in our life though! Sending love to everyone.”

Wilson Has Always Wanted a Family

Over the last few weeks, rumors that Wilson and Agruma were engaged have circulated the internet. However, Wilson denied the reports in an Instagram story posted earlier this month. “Thanks for the well-wishes, but we are NOT engaged,” she wrote over a photo of the couple in Disneyland.

Still, the Senior Year star has not been shy about her desire to start a family. She said her desire to have a baby influenced her health journey.

“[I knew that I] wasn’t gonna maybe work that much this year,” she said during an Instagram live. “I knew I was going to have a bit more time. I was also freezing my eggs because — as all good, career women out there should note — that if that’s something that interests you, it’s a pretty good time to do it.” She continued,  “I was thinking about fertility and having good quality eggs in the bank, so I was like, ‘OK, I’m going to do this. I’m going to get healthy.'”

She shares another update on her fertility struggle in May of 2021. “I got some bad news today and didn’t have anyone to share it with… but I guess I gotta tell someone,” she wrote on Instagram. “To all the women out there struggling with fertility, I feel ya. The universe works in mysterious ways and sometimes it all doesn’t make sense… but I hope there’s light about to shine through all the dark clouds.”

Welcome to the world, baby Royce!

Rebel Wilson Is a Mom