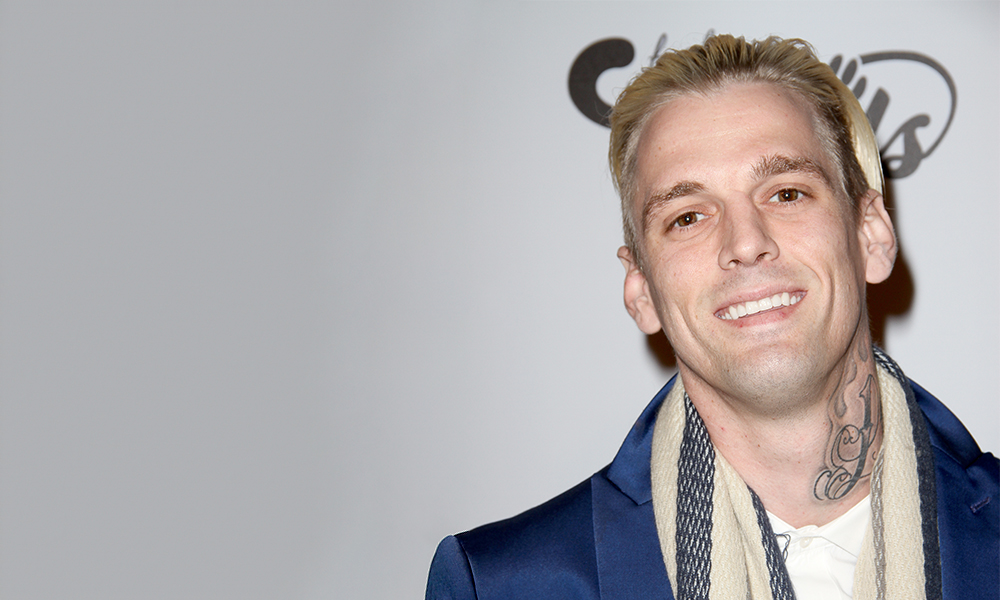 Singer, rapper, and actor Aaron Carter was found dead today at his Lancaster home in California, TMZ reports. Found in his bathtub, law enforcement revealed that the 34-year-old drowned. There is currently no evidence of homicide, although homicide detectives will investigate per standard operating procedure.

Carter first rose to fame in the late 90s as a pop and hip-hop artist. Carter, a brother to Backstreet Boys member Nick, released his first studio album in 1997. His second album, Aaron’s Party (Come Get It), sold three million copies in the United States. From there Carter began making appearances on Nickelodeon and toured with the Backstreet Boys.

Carter’s sexuality made headlines several times after it appeared that he came out as bisexual on Twitter in 2017. “I grew up in this entertainment industry at a very young age,” said Carter. “When I was around 13 years old, I started to find boys and girls attractive.” Almost a year later, Carter walked back his comments slightly, calling them “misconstrued.” Although he reaffirmed his attraction to men, he said that he ultimately sees himself “being with a woman and having kids.”

Related | Aaron Carter Says News of His Bisexuality was “Misconstrued”

Carter has battled addiction and recently checked into rehab again to regain custody of his son Prince. Our condolences to Carter’s family at this time.