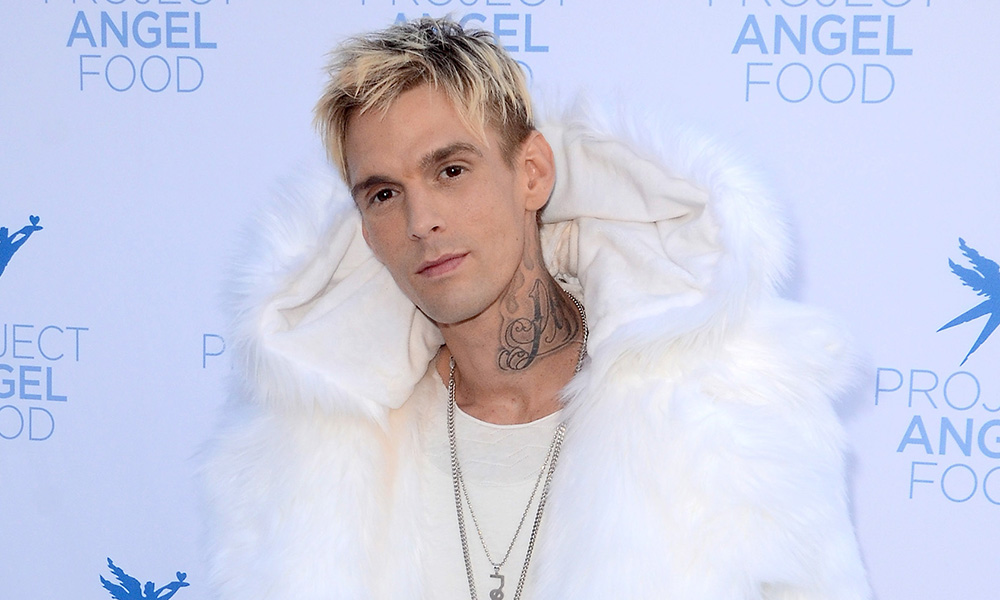 Aaron Carter says he sees himself “being with a woman.”

Aaron Carter seemed to backpedal on comments he made about his sexuality last year. The 30-year-old singer now insists that his comments about coming out as bisexual were “misconstrued.”

In an interview with the Hollywood Life podcast last week, Carter was asked about a heartfelt note he Tweeted last August. In the tweet, which he ultimately deleted, Carter stated he’d “started to find boys and girls attractive” as a teen, and had “an experience with a male” whom he “worked with and grew up with.”

Then, on March 23, Carter clarified his coming out and admitted that he, in fact, doesn’t see himself dating men anytime soon.

“It was more so just a story that happened when I was, like, 17 with somebody,” he said on the podcast. “I can find men and women attractive, but when it comes down to it, I think it was a little misconstrued. I see myself being with a woman and having kids.”

“I want to have a family,” he continued. “I keep telling people that. I don’t want it to be misconstrued too much.”

Carter’s explanation was beyond bewildering, but it comes just in time for his tour in support of his new album, “LØVË.” Carter has talked about his sexuality in many interviews since coming out but made no effort to ditch the “bisexual” label until now.

Just days after his coming-out tweet, Carter told the radio show “The Bert Show,” “All I can say is that I’m really looking forward to the future right now, and whether I choose to be with a woman or a man is my decision ― no one else’s. It was something that I just felt like was important and I needed to say.”

Carter also told TMZ, “If someone loves you enough, they’ll never leave you. They’ll never leave you over you saying that ‘I want to be honest’ about whether it’s about me being bisexual, bicurious, being gay, or anything.” In that same interview, Carter asserted that he was “pursuing relationships with women.”

We can always always rebuild. You just have to stay strong. #LøVë