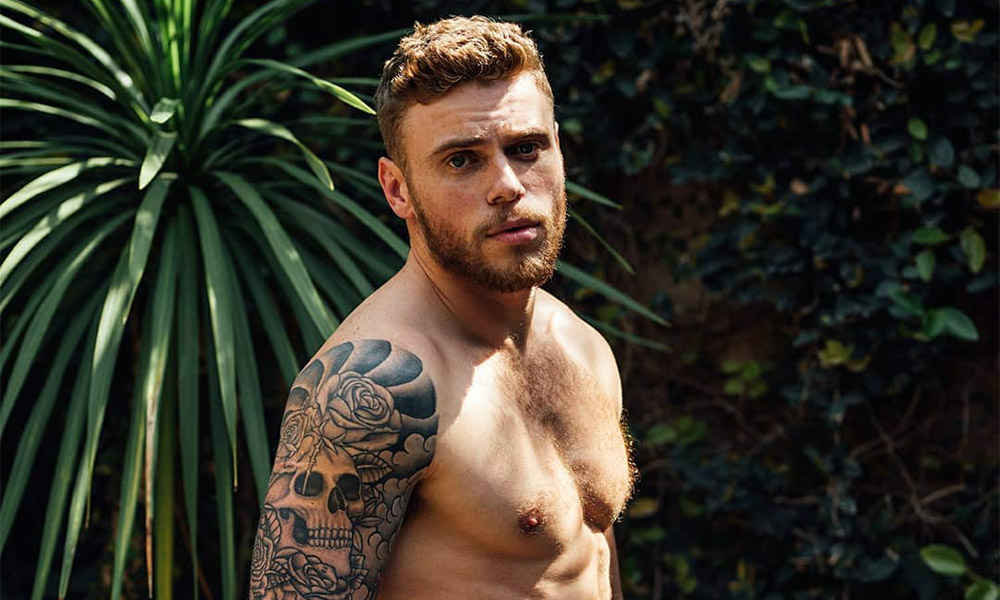 Olympic silver medalist Gus Kenworthy, 26, stripped down to his tighty-whities for a steamy photo shoot with the UK’s Gay Times magazine.

The UK-born freestyle skier sat shirtless for the cover of the latest issue and showed off almost everything in the accompanying photo shoot. For the alluring cover, Kenworthy rocked blue jeans with a denim jacket draped over his chiseled chest and six-pack abs. In the interview, the charming athlete talked about his boyfriend, Matthew Wilkas, and LGBTQ representation at the Olympics.

“Being gay isn’t the only part of me, but it’s the best part of me and it’s one of my favourite parts of me.” GUS KENWORTHY • GAY TIMES APRIL 2018 • ON SALE NOW VIA OUR BIO LINK

V stoked to be on the cover of April's @gaytimesmag magazine! Swipe through to see a few pics from the shoot but to see them all go to gay times.co.uk/buy and pre-order your copy now or pick one up on newsstands soon! Photography: @taylormillerphoto | Styling: @dogreene | Grooming: @scottkinghair | Location: @samerfwz

“It’s more important than ever to have representation and visibility because it will inspire the next generation,” Kenworthy, tells Gay Times.

“Being gay isn’t the only part of me,” he says, “but it’s the best part of me, and it’s one of my favorite parts of me.”

“Every out person, even if it’s in regular daily life, inspires someone else, whether they know it or not, and it’s especially true in sport and movies and music,” Kenworthy continued. “In any place where people are given a platform and are in the public eye, I think it’s important for them to be out and proud.”

At the 2014 Winter Olympics, in Sochi, Kenworthy was one of three American men to medal in freestyle skiing, where he earned silver. At the time, Kenworthy was still closeted, although his then-boyfriend escorted him to the Games.

The following fall, Kenworthy came out as gay in an interview with ESPN the Magazine. Last month, he returned to the Winter Olympics in PyeongChang, as one of only two openly gay men on Team USA. The other out competitor was figure skater Adam Rippon, whom he quickly befriended.

“I love the guy,” Kenworthy told PEOPLE. “I think he’s hilarious; I think he’s so sweet, so charming.”

Speaking about his relationships, Kenworthy tells Gay Times, “It’s important to remind people that there is no one way to have a relationship. Every relationship is special and unique and different and what works for one couple may not work for another, but it should be noted that gay relationships are just different than straight relationships.”

“Commitment and monogamy are not necessarily the same thing,” he says. “You can be completely devoted to someone, married even, and still be in a relationship that’s open.”

Kenworthy says open relationships may not be right for “every gay couple,” he added, “If there’s trust and respect — the two most important things in any relationship — then being open can be mutually beneficial for both people involved and can actually, in many ways, make for a stronger, more developed relationship.”

Although Kenworthy failed to medal in PyeongChang, he made headlines after kissing his boyfriend on live television. The adorable moment earned him praise — and backlash.

“It sucks. We got a lot of negativity going into the Games just because of being open about who we are,” he tells Gay Times. “Then I shared a kiss with my boyfriend. I didn’t know it was being filmed, but some people were like, ‘Why are you shoving it in our faces?’ We’re not doing that at all; we’re just existing.”

He added: “If a hockey player kissed his wife after a game, there’d be no comments about it or it’d be ‘such a cute moment.’ But because we’re two guys, while a lot of people were saying, ‘That was a cute moment,’ or, ‘That was an important moment.’ There were others going, ‘We don’t need to see that.’”

This isn’t the first time that Kenworthy has been the target of blatant homophobia.

“It takes my entire mental strength not to respond to all the comments. So many times there are things on YouTube, Instagram or Twitter going, ‘Why were you even at the Olympics? You got last f–– place. You’re a joke, you’re a f––,’ ” he tells Gay Times.

But he has a succinct response to the detractors.

“I got into the [freeskiing] finals, so that’s not coming last because you have to beat a lot of people to get there, and it’s the Olympics, the pinnacle of sports that’s hard to make it into. They’re like, ‘I could have done better than that,’ and my thoughts are: ‘Cool, f–– do it then.’ ”

The latest issue of Gay Times is available on newsstands and online.