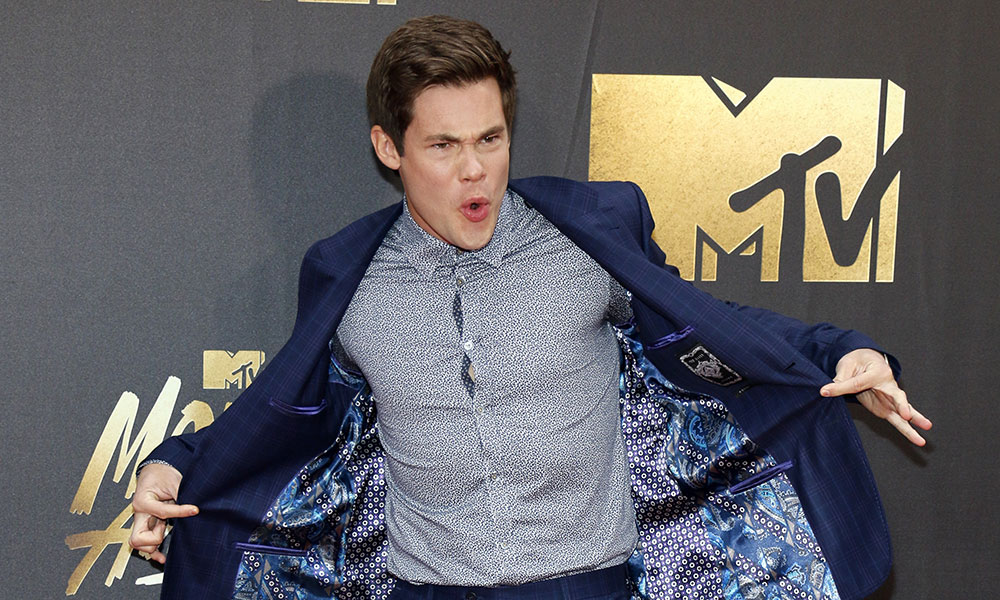 Fans of television shows like Comedy Central’s Workaholics and the Pitch Perfect franchise will recognize Adam DeVine. The 34-year-old actor and comedian also appeared in comedies like Neighbors, The Intern and Mike and Dave Need Wedding Dates. He also voiced characters for Ice Age: Collision Course and The Lego Batman Movie.

Related | Zac Efron Gets Poked in the Face by a Peen

Although the film is getting mixed reviews, one thing is sure; DeVine shows a lot of skin. One scene, in particular, involves auto-erotic asphyxiation, two guys kissing and DeVine’s actual penis.

DeVine spoke to Thrillist about the scene:

“I think if we had written that scene and then sold the movie and made it right away, I would have been more nervous about it. But I’ve known that I’m gonna do this scene for like six years, so when the day came, I had no problem dropping trou. They asked if I wanted a prosthetic one, but then I was like, I’m answering more questions about … if you just … it’s, anyway, that’s what my dick is. You know? There it is.”

TMZ caught up with the actor at Los Angeles International Airport and had the balls ( pun intended) to ask the hard (pun intended) questions. “Was it hard? No … it was soft. I was born to be nude. This body’s built for it,” he quipped to TMZ.

In addition to auto-erotic asphyxiation, the film also includes ass eating and penis amputation. That’s right; there’s a scene in which the hotelier (played by Home Alone‘s Daniel Stern) gets his dick chopped off.

DeVine added: “It’s one thing to have an actor who you don’t really know or who you’re not as huge a fan of get their dick cut off, but it’s another thing to have Daniel Stern, a Sticky Bandit, a true comedy icon and somebody, especially from our childhood, through all the Home Alone movies and everything else he’s done, get his dick cut off.”

Game Over, Man! is now streaming on Netflix.