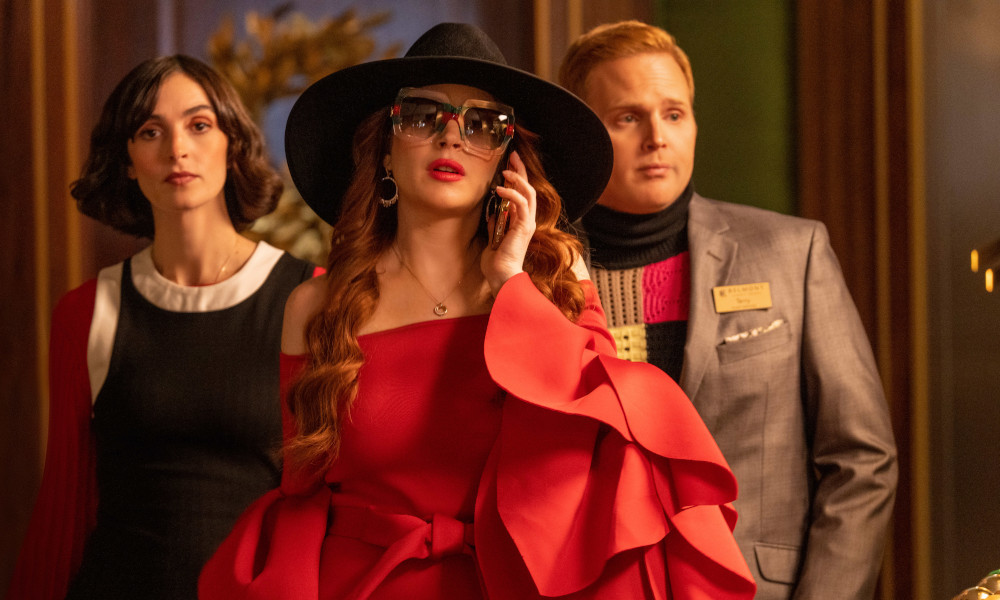 One time Lindsay Lohan released a cover of “Jingle Bell Rock” as part of the soundtrack of her new holiday rom-com. It was awesome.

Ahead of the release of the upcoming Netflix movie Falling for Christmas, Lindsay Lohan is spreading the Christmas cheer with a Mean Girls throwback. On Friday, the actress released a cover of “Jingle Bell Rock” 18 years after she performed the song alongside Rachel McAdams, Amanda Seyfried and Lacey Chabert in the cult classic film Mean Girls.

You know, the scene where Cady Heron dances and sings with the queen bees at a school talent show. And who can forget when Amy Poehler’s character pulls out her camcorder to cheer the teens on while dancing along to the choreography?

Lohan’s cover of “Jingle Bell Rock” has lots of holiday flair, perfect for your 2022 Christmas playlist. The song features musician Ali Tomineek and is a part of the Falling for Christmas soundtrack.

In a recent interview with People, the actress said her return to romantic comedies felt like a “rebirth.”

The film takes place days before Christmas when “a young and newly engaged heiress experiences a skiing accident. After being diagnosed with amnesia, she finds herself in the care of the handsome lodge owner and his daughter.” Playing Lohan’s love interest is Glee actor Chord Overstreet. The actor also has a holiday track in Falling for Christmas which premieres on Netflix on November 10. 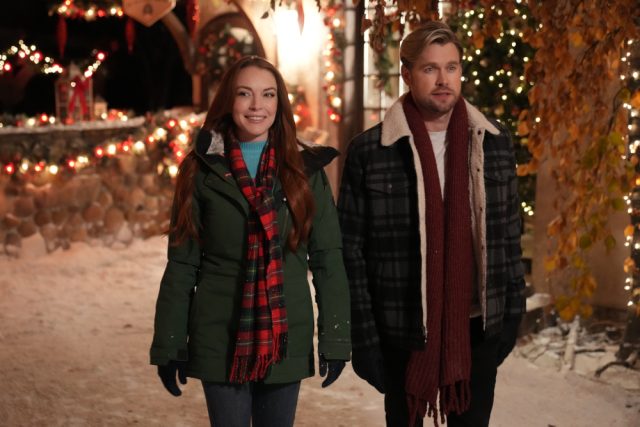 And this isn’t the only rom-com Lohan has in the works. Her other Netflix project, Irish Wish, will be heading to the streaming service sometime next year.

See Lindsay Lohan’s Return to Rom-Coms in the trailer for Falling for Christmas below!