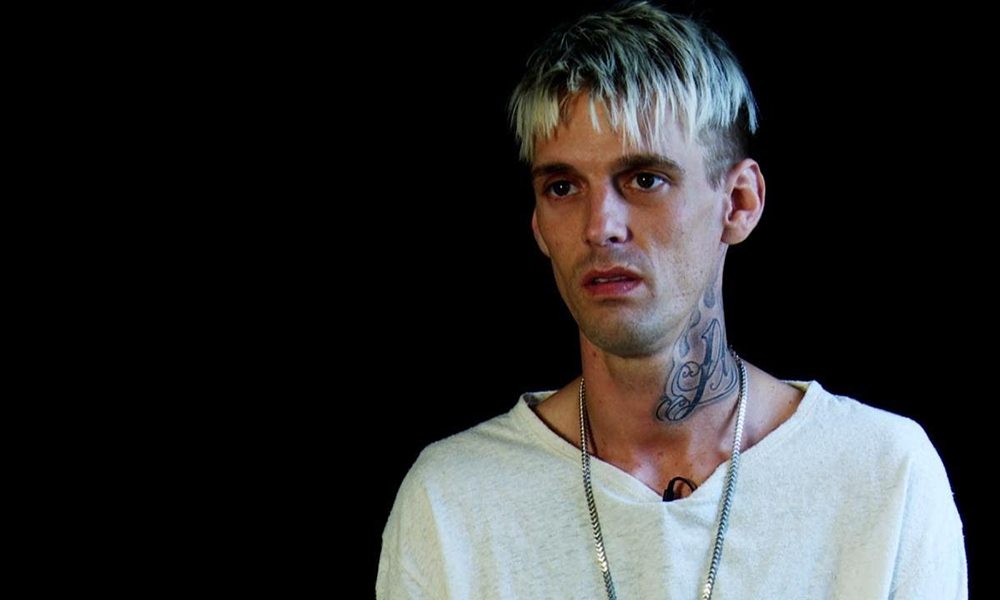 Weeks after coming out as bisexual, Aaron Carter revealed that he fears he could be HIV-positive. On Thursday’s episode of The Doctors, Carter faces his “greatest fear” and takes an STD test. Carter purportedly reached out to the show to discuss his sexuality, drug abuse allegations, excessive weight loss and health problems.

Fighting back the tears, Carter pleaded, “I need help, I’m scared.” The former child star continued, “My greatest fear is not being able to live as long as I can. That’s my greatest fear.”

The 29-year-old pop star, brother of Backstreet Boys singer Nick Carter, is dangerously thin; at 6-feet tall, he weighs just 115lbs, which is approximately 35lbs underweight for his size. The United States Department of Health and Human Services asserts that a healthy weight range for a man Carter’s size is between 150lbs and 190lbs.

Carter indicated that his weight loss is part of the reason he thinks he could be HIV-positive. He explained the source of his HIV anxiety to the show’s hosts. “Because I’m so skinny, I’m still so skinny. And that was the biggest one for me,” Carter said.

“That was the scariest thing I have ever done in my life,” Carter says of getting tested for HIV. “After not getting annual checkups and testing and being safe, actually, being safe so I could be safe for others, more importantly. That’s what scared me. I felt like I was putting people at risk with my body … I didn’t have the courage to go face the music.”

On Wednesday’s episode, the troubled performer insists he is addicted to cosmetic surgery and painkillers. “I get fillers. Restylane, Voluma, Rejuviderm. I get all three, and I’m going to continue doing it,” Carter stated. “It makes me smile in the mirror … I see a pretty good looking guy, I’m just skinny.”

Dr. Jorge Rodriguez informs Aaron that he tested negative for HIV, gonorrhea, chlamydia and syphilis. The gastroenterologist then tells Carter that his kidney, liver and thyroid are fine and that they found no indications of esophageal cancer during his endoscopy.

Although Carter tested negative for HIV, Dr. Rodriguez is still concerned about the singer’s health. “In my opinion, you’re not healthy … physically right now, I think your body is hanging on by a thread, seriously,” he continued. “[Your mind] has to calm down … you are going a million miles a minute … until there is peace in your mind, the rest is not going to follow.”

After hearing his results, a relieved Carter replied “My heart is racing … I have to say thank you, thank you so much. I was so scared.”