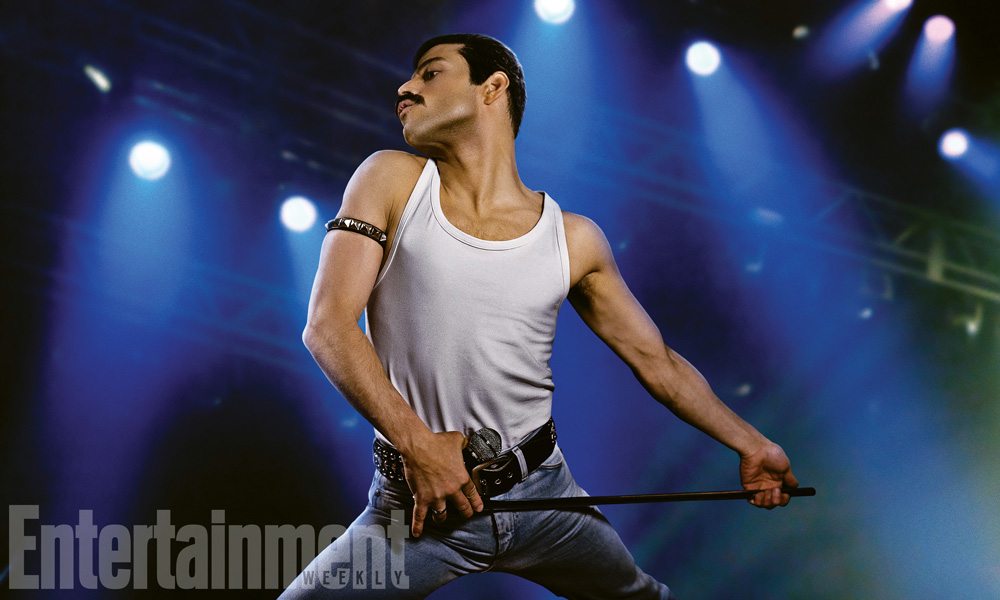 Queen frontman Freddie Mercury is arguably one of the most recognizable people in the history of music. With his leading-man good looks, four-octave range and flashy personality, Mercury is a rock legend.

Entertainment Weekly (EW) debuted a sneak peek of Rami Malek (Mr. Robot) as the renowned Queen frontman. Malek portrays the iconic Mercury in the upcoming Bryan Singer-directed film Bohemian Rhapsody. EW released a first-look photo today, Sept. 5, on what would have been Mercury’s 71st birthday. Mercury died of complications from AIDS in 1991.

“When you’re able to open your eyes and see a different person staring back at you in the mirror,” Malek tells EW, remembering his first moments in hair and makeup. “It’s a very affirming moment … “only adds to the level of confidence that one would need to play Freddie Mercury.”

The upcoming film follows Queen from 1970, when Mercury, Brian May and Roger Taylor teamed up, until the band’s Live Aid performance in 1985.

A post shared by Entertainment Weekly (@entertainmentweekly) on Sep 5, 2017 at 1:45pm PDT

Bohemian Rhapsody is slated for release on December 25, 2018, from Twentieth Century Fox and New Regency Productions.