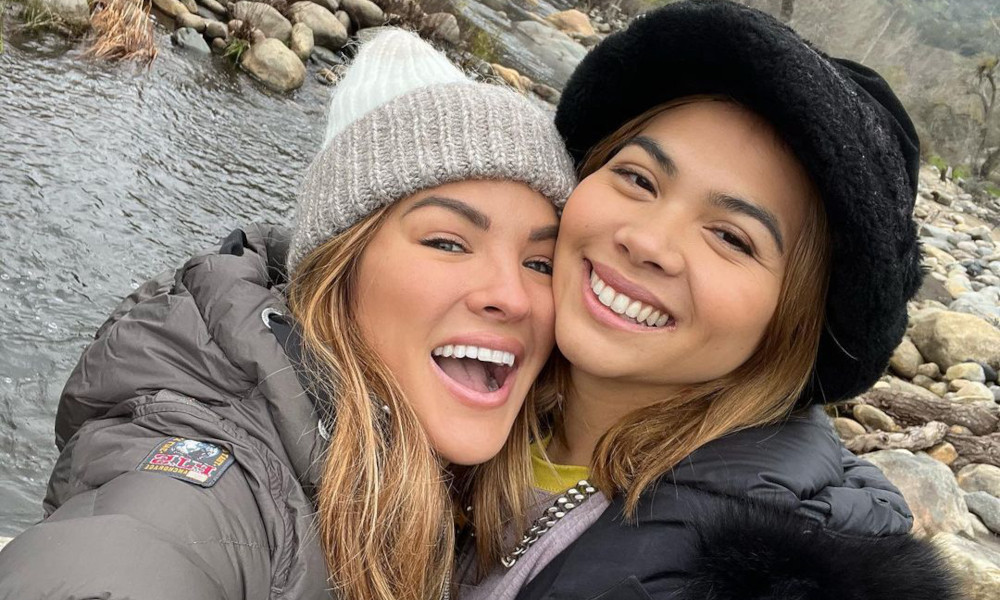 Hayley and Becca’s love could not be more wholesome!

Pop superstar Hayley Kiyoko and former The Bachelor contestant Becca Tilley are celebrating their love online, and we are here for it!

The couple recently revealed they have been dating for the last four years, and they could not be happier from the looks of it.

“This photo is from the first night we met at my Expectations album release party, we took this picture after 5 minutes. Her shirt said ‘no time for romance’….. it’s been four years. I guess she had some time,” Kiyoko wrote alongside a series of images captured throughout their relationship.

Though the couple never explicitly disclosed their relationship on social media, Tilley says they were never hiding it from the real world.

“Hayley and I never were secret, we were very much ourselves, we held hands in public…” Tilley said on her podcast, “Scrubbing In with Becca Tilley and Tanya Rad.”

“I really made sure to make that distinction between ‘private’ and ‘secret.’ There’s such this warped perception of privacy via social media because we’re so expected to share everything.

“I’ve always said, ‘We can go public if I can be in one of your videos,'” Tilley added. And that’s exactly what happened!

Tilley starred in her girlfriend’s new music video for the song “For the Girls.” The video is a hilarious satire on the reality dating show with girls coming to win Kiyoko’s heart and her rose. But in the end, Tilley shows up in a limo and steals the show.

“For the Girls” is Kiyoko’s newest release from her upcoming album, Panorama, slated for release in July.