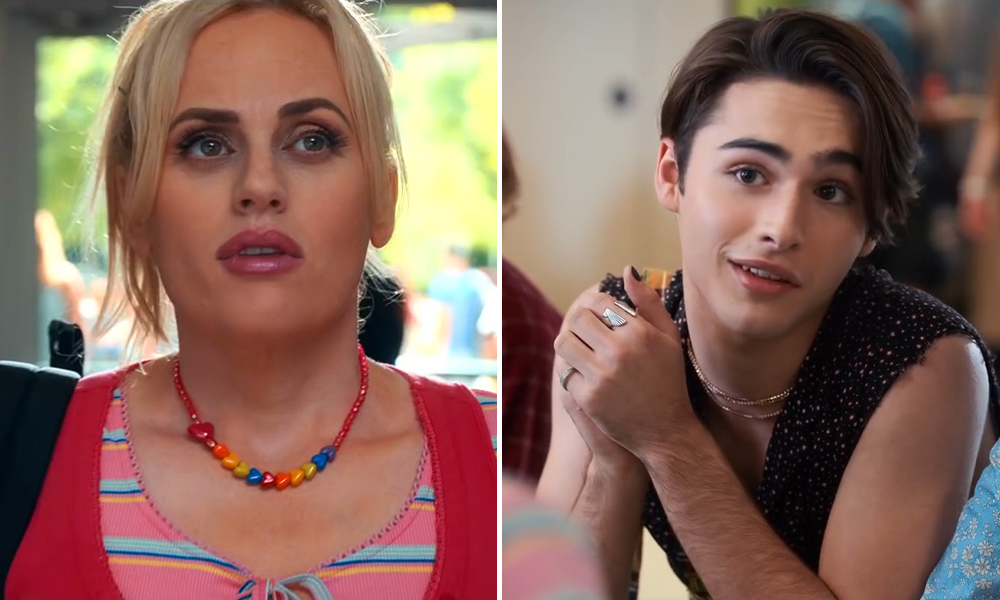 Rebel Wilson Goes Back to High School in Queer-Inclusive Comedy

Pitch Perfect star Rebel Wilson plays Stephanie Conway, a popular cheerleader who is only worried about whether or not she will be crowned prom queen her senior year. Until she tragically falls off of a pyramid in cheer practice and wakes up from a 20-year coma to a world with eight more Fast & Furious movies.

Instead of moving forward, Conway decides to pick up where she left off and go back to high school! “High school was like yesterday for me! It won’t be weird at all,” Wilson says in the first trailer for the film. But on her journey to win the Prom Queen title that eluded her all those years ago, the cheerleader will have to decide if being popular is really worth being someone you’re not. Doesn’t seem like much has changed about high school in the last 20 years.

The trailer also shows Wilson’s character meeting two fellow high school students, Janet and Yaz. Yaz, played by actor Joshua Colley, gives us a look at the movie’s first (and hopefully not last) queer moment. But this behind-the-scenes look that Colley shared on Instagram has us eager to see what else Senior Year will bring to the LGBTQIA+ table.

While at lunch, Conway explains to her younger peers the three ways someone can become popular. “To be a cheerleader, to work at Abercrombie, or to let guys go in the back door.”

“I must be really popular then,” Yaz quips.

It’s a small scene, but hey, it’s only a trailer!

What We Know About the Film

Joining Wilson and Colley is an impressive cast, including Alicia Silverstone (Clueless), Justin Hartley (This Is Us), Zoë Chao and Sam Richardson (The Afterparty), and Chris Parnell (30 Rock).

Alex Hardcastle (New Girl, The Office) will direct the Netflix original with a script by Andrew Knauer, Arthur Pielli, and Brandon Scott Jones.

Senior Year will premiere on Netflix on May 13.

Rebel Wilson Goes Back to High School in Queer-Inclusive Comedy