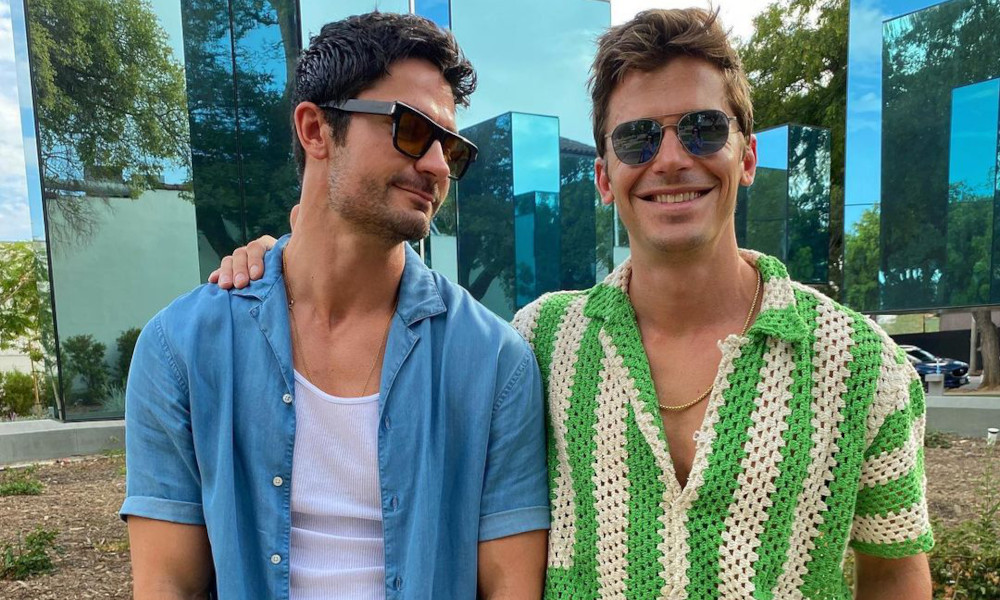 Antoni Porowski’s next big food challenge may be his toughest decision to date: What will he be serving at his wedding?

That’s right, the food and wine expert from Netflix’s reality makeover series is ready to tie the knot. He announced his engagement to his longtime boyfriend, Kevin Harrington. Though we don’t know how or when the proposal took place, we do have this blurry selfie shared by Porowski.

“I really hope the wedding photos are less blurry.”

Harrington’s announcement included three photos but had an equally amusing caption. He wrote, “Officially together until we look like the last pic #engaged.” The images show the couple adorably cozied up in hoodies, relaxing in the sun, and finally painted to look like tattered and decaying zombies. Yet, they still manage to look handsome.

Porowski continued the jokes in the comment section and said, “don’t worry I’ll prolly be dabbling w Botox by then ❤️.”

The Fab Five quickly congratulated their friend and offered their services for the big day.

As for hair guru Jonathan Van Ness, he has his heart set on sprinkling some rose petals ahead of the ceremony.

“Yessssssssss!!!! So excited for you two! This is amazing,” added Karamo Brown.

“So damn happy for you two! You both got a good one!!! [crying emoji],” Bobby Berk wrote.

Falling in Love During Quarantine

Porowski and Harrington’s romance began in 2019, shortly before the world shut down due to the coronavirus pandemic. The creative strategy director was visiting his boyfriend on the set of Queer Eye in Austin, Texas when they decided to extend their stay and foster a dog together.

“It escalated quickly,” Porowski told People. “But I don’t have any complaints, which is kind of nice. When something is stable and really good — and you communicate a lot, and you check in with each other and with your own therapist about it — I feel like that’s kind of the key.”

They celebrated their three-year anniversary together back in July.