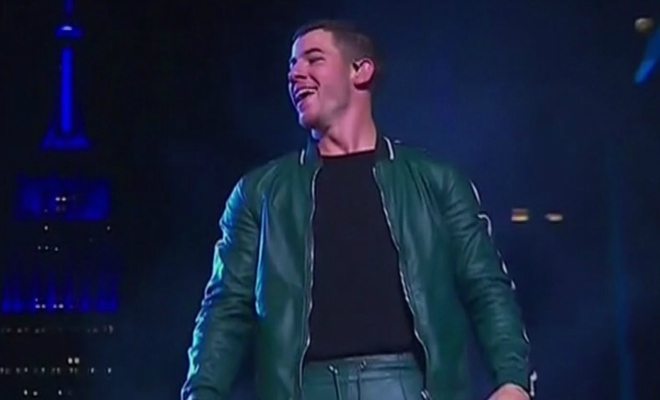 Bacon is arguably one of the best foods on the planet, especially when Nick Jonas serves it with a side of sausage. On Sunday night, Jonas performed his new single “Bacon” at the 2016 VMAs. He started in the kitchen of Tick Tock Diner and then made his way to the stage.

Such an epic night at the VMAs. Thank you @Pepsi and @MTV. Watch my performance of #Bacon with @tydollasign link in bio.

The crowd devoured his delicious performance until an expected “guest” made an appearance and stole the spotlight. Jonas’s super-tight trousers left little to the imagination and pressed his bulge into center stage. It’s definitely bigger than it was when Jonas stripped and dipped into a frozen lake with Bear Grylls.

To be honest, his VPL is barely noticeable, but even mainstream media took notice (amirite, Cosmopolitan?). Watch the entire performance below and keep an eye out for Jonas’ sizzlin’ sausage!