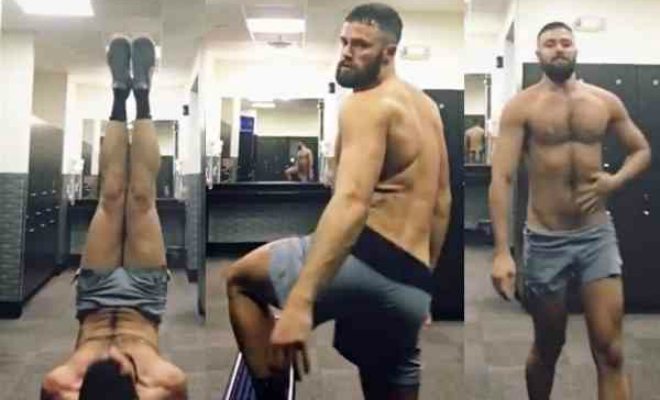 The legendary Britney Spears has a lot of fans, but this guy is definitely in the top 10. Spears performed at the VMAs on Sunday night and slayed with her circa 2000 hair flips and Borat-inspired body suit.

In the wake of Spears’ performance, a studly fan known as “Gutter Spice” decided to throw a “Private Show” in a gym locker room. Unfortunately, he’s interrupted mid-show and isn’t able to finish, but we’re confident his finale is legit.

Gutter Spice uploaded the video to Instagram and Twitter and immediately received a flood of Retweets and Likes. His original tweet has more than 700 Retweets and 2,200 Likes.

After receiving a wave of positive responses, Gutter Spice took to Twitter saying, “Ugh I hate all of this attention (I don’t) please stop (please don’t).” As far as we can tell, his viral fame shows no sign of slowing.

Join the thirst and watch the video below!