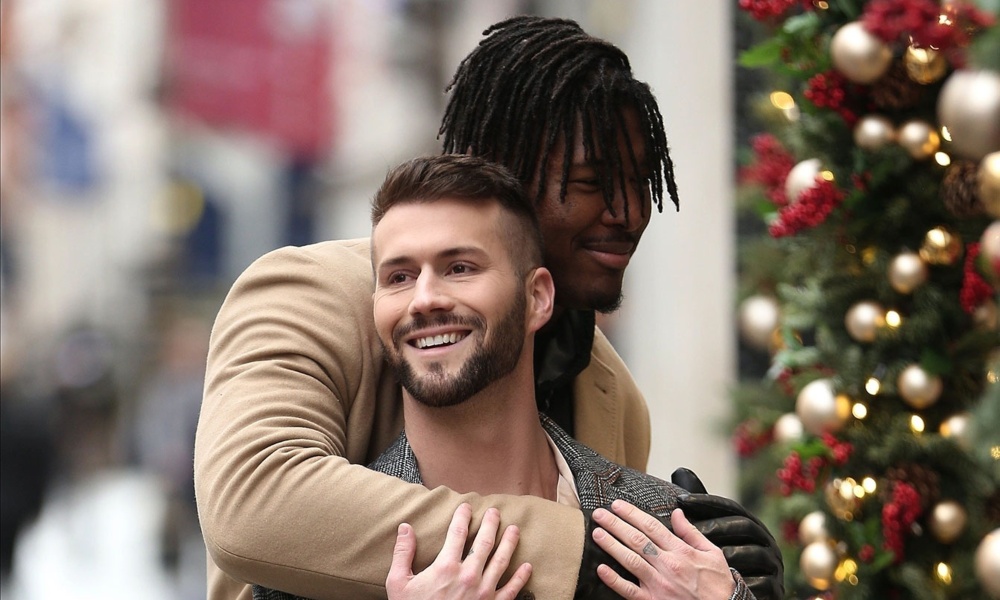 Ryan Russell and his boyfriend Corey O’Brien stepped out together in London, and it was adorable.

On Saturday, the 27-year-old NFL free agent and his dancer boyfriend were spotted out in London, enjoying an afternoon stroll together holding hands and hugging.

Russell — who came out as bisexual in August in a heartfelt essay — and O’Brien both looked chic during their walk. The former Dallas Cowboys player wore a camel peacoat, black pants, a dark hoodie, and black leather gloves while his date wore a grey overcoat, black pants, and a blush-colored button down.

Last Thursday, the couple attended the Gay Times Honors 500 event, which Gay Times says celebrates those who have had a “profound impact on the lives of LGBTQ people.”

Gay Times honored Russell with the Sporting Hero award for coming out earlier this year and boosting LGBTQ representation in sports.

Related | Jason Derulo Releases His ‘Anaconda’ in the Jungle

The NFL star came out in an essay written for ESPN.

“Have I lied to teammates, coaches, trainers, front-office executives, and fans about who I am? Not exactly,” Russell wrote in the essay. “But withholding information is a form of deceit. And I want the next part of my career — and life — steeped in trust and honesty.”

The athlete continued, “During the season, you spend more time with your team than with your own family; truth and honesty are the cornerstones of a winning culture. My truth is that I’m a talented football player, a damn good writer, a loving son, an overbearing brother, a caring friend, a loyal lover, and a bisexual man.”

Also, in his essay, Russell wrote, “Today, I have two goals: returning to the NFL and living my life openly. I want to live my dream of playing the game I’ve worked my whole life to play, and being open about the person I’ve always been,” sharing that “there isn’t a single openly LGBTQ player in the NFL, NBA, Major League Baseball or the NHL.”

Related | Jason Mraz Admits He was Afraid to Come Out

The star added, “I want to change that — for me, for other athletes who share these common goals, and for the generations of LGBTQ athletes who will come next.”

Russell concluded his essay by saying that he’s “not looking to be a symbol or media star.”

“I just want to play ball for a team that knows me off the field and values me on it,” he wrote. “I want to encourage teammates to be the same people they have always been. I want us to remain as close as family. I want to be able to dedicate my life to football without feeling like I can’t dedicate my life to truth as well.”