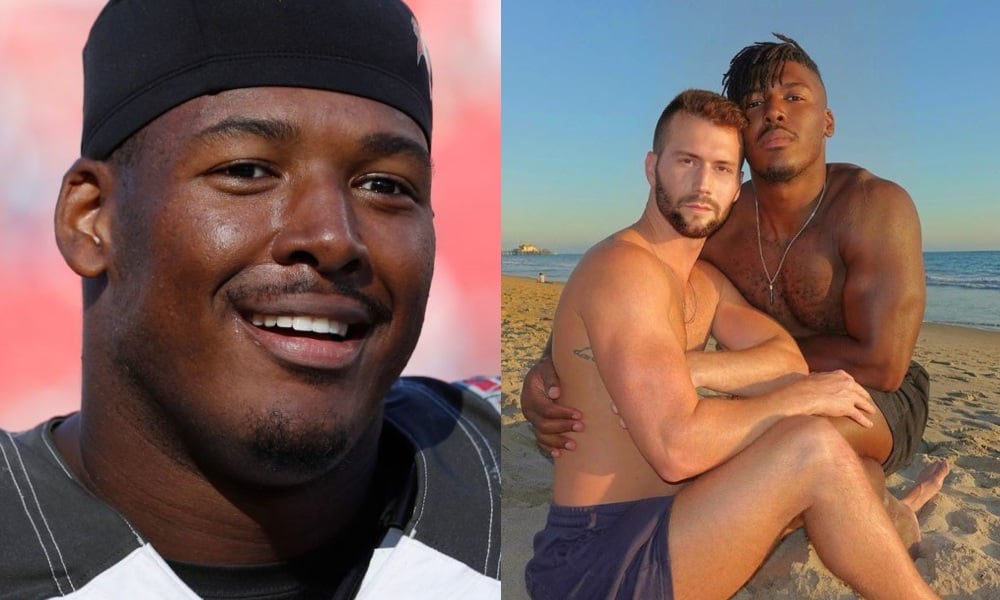 “I’m a talented football player, a damn good writer, a loving son, an overbearing brother, a caring friend, a loyal lover, and a bisexual man.”

Last Thursday, NFL veteran Ryan Russell veteran came out as bisexual in a heartfelt essay for ESPN. Russell has played for the Tampa Bay Buccaneers and the Dallas Cowboys.

In the essay, Russell talked about growing up as a young black boy forced to separate his queer side from his straight side. He revealed that separation followed him into adulthood and his professional life as an athlete.

“Though I confided in close friends and family and gave myself permission to date both men and women discreetly, I deprived myself the basic privilege of living an open life,” remarks Russell. “That meant I had to be strategic and cautious about meeting guys or getting involved with them during the regular season. It also meant that even though I was building important friendships on my team, I couldn’t be authentic or honest about who I am or what was going on in my life.”

Following his first season, Russell reported a “well-known blogger” noticed him in the background of an Instagram story of his boyfriend. The blogger proceeded to DM Russell and threatened to out him.

“The blogger could have revealed I was in a gay relationship. My professional world and personal world were colliding with me caught in the cataclysm. I panicked, then wrote back, reminding him that there were implications about his actions he didn’t fully understand. If the blogger outed me, I was sure that would kill my career, one that was supporting not just me, but my mother and grandfather. He’d eradicate a childhood dream that was the product of years of work and sacrifice.”

Although the blogger didn’t out him, Russell admits he “didn’t love myself enough to live openly and honestly.”

He continued: “I was ashamed of who I am. I prayed countless nights for God to take away this part of me. I was ashamed to love women because I knew I could also love men. I stayed up so many nights in fear of being found out, in fear that the professional sports world would reject me for the way I was born. I lied to myself every chance I could. I looked in the mirror and lied, got into relationships, and lied, woke up every morning and went to sleep every night lying about the fullness of my soul.”

Ready to return to the NFL, Russell refuses to let anything hold him back in his private or professional life. “Today, I have two goals: returning to the NFL, and living my life openly,” he writes. “This is the last time I will ever interview for a job as anything other than my full self. Out of love, admiration, and respect, I want the next team to sign me valuing me for what I do and knowing who I truly am.”

Russell added: “Those two objectives shouldn’t be in conflict. But judging from the fact that there isn’t a single openly LGBTQ player in the NFL, NBA, Major League Baseball or the NHL, brings me pause. I want to change that — for me, for other athletes who share these common goals, and for the generations of LGBTQ athletes who will come next.”

“Withholding information is a form of deceit. And I want the next part of my career — and life — steeped in trust and honesty. During the season, you spend more time with your team than with your own family; truth and honesty are the cornerstones of a winning culture. My truth is that I’m a talented football player, a damn good writer, a loving son, an overbearing brother, a caring friend, a loyal lover, and a bisexual man.”