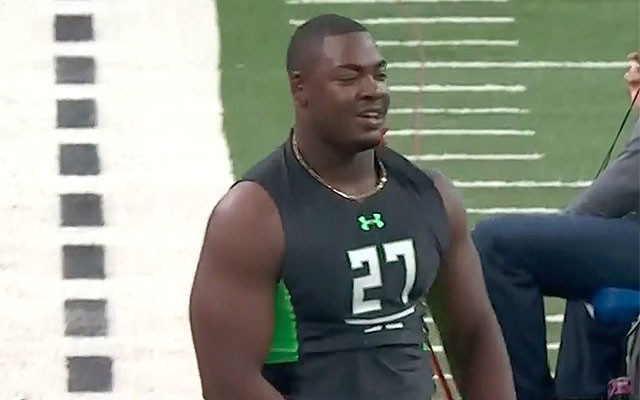 College Football Player Sprints Out of His Shorts

Mississippi State defensive lineman Chris Jones needed an athletic supporter on Saturday at the NFL combine. While attempting his 40, Jones sprinted so hard that his junk flopped out of his shorts.

Obviously embarrassed, he dove to the ground and quickly tucked his third leg back into his spandex. Fortunately, the cameras caught the moment from multiple angles (yay, technology), and at 30, the whole package dangles in clear view.

The NFL Network’s Rich Eisen also spotted the one-eyed monster and noted, “these guys fall down hard and long.” You can watch the entire clip here.

College Football Player Sprints Out of His Shorts