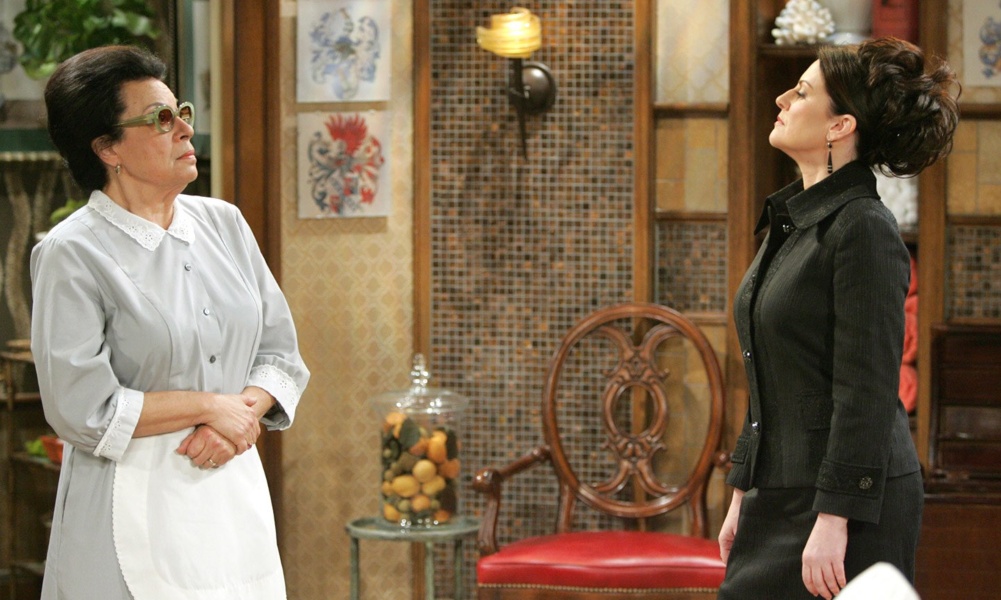 Shelley Morrison, who played Karen Walker’s sarcastic yet lovable maid Rosario Salazar on Will & Grace from 1999-2006, has died. She was 83.

Rosario, who hailed from El Salvador, was initially created to appear in just one episode of the favorite NBC series. Still, her dynamic with Megan Mullally’s Karen resonated so well with viewers that the character appeared in 68 episodes over eight seasons.

Related | Will and Grace Is Officially Coming to an End … Again

According to co-creator Max Mutchnick, Morrison was asked to return for the revival of Will & Grace, but chose to retire from acting altogether.

Sean Hayes, who plays Jack McFarland on Will & Grace, took to Instagram to remember Morrison.

“She was absolutely hilarious and had the biggest heart,” he wrote. “She was part of our Will and Grace family and will be greatly missed. My heart goes out to her husband, Walter, and her entire family.”

Such sad news. Our beloved Shelley Morrison passed away today. She was absolutely hilarious and had the biggest heart. She was a part of our Will and Grace family and will be greatly missed. My heart goes out to her husband, Walter and her entire family. ❤️

“Rosario is one of my all-time favorite characters,” Morrison recently said. “She reminds me a lot of my own mother, who loved animals and children, but she would not suffer fools. It is very significant to me that we were able to show an older, Hispanic woman who is bright and smart and can hold her own.”

Morrison is survived by her husband of more than 40 years, Walter Dominguez.