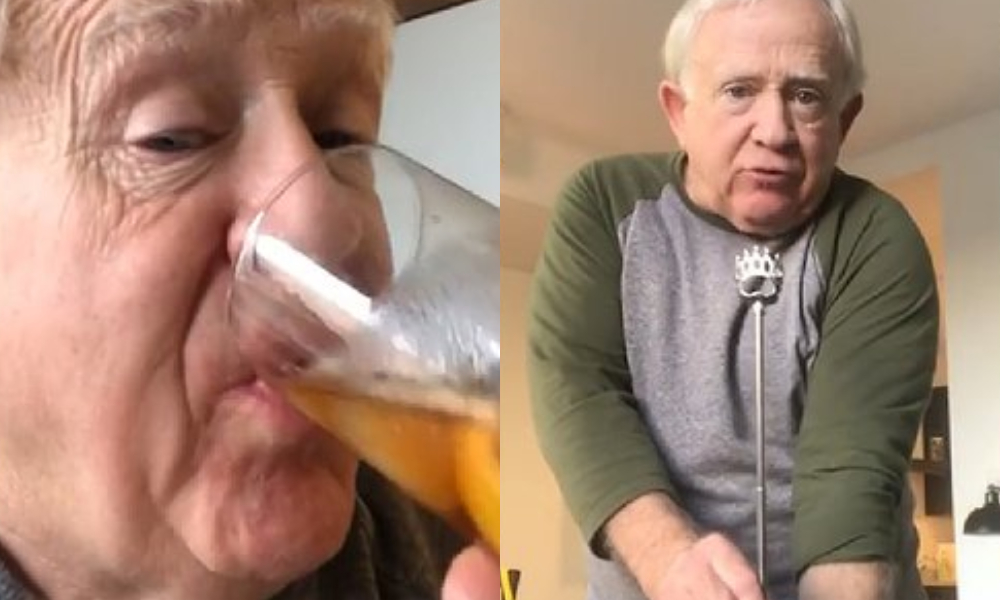 Leslie Jordan Is Finally Getting the Recognition He Deserves

The Emmy-winning actor’s heartwarming and hilarious videos are going viral.

Leslie Jordan is a treasure. If you’ve been following Leslie on Instagram for the last (almost) two years, you know this. In fact, that sentence is as true today as it was back when we first fell in love with him as Beverly Leslie on Will & Grace, or when he first graced our screens in the early ’90s on Hearts Afire.

It’s a strange thing that it took a global pandemic for Jordan to truly get the recognition he deserves. The 64-year-old actor has been posting videos almost daily on Instagram for quite some time now, but it’s taken the whole country entering social isolation to get them to pay attention. If you’re going to go viral during a global pandemic, this is the way to do it.

In an interview with TODAY, Jordan explained that he was urged by execs to get on social media in 2018 when he was working on the show “Cool Kids.” Jordan told TODAY on Monday.

Thank god they did. Every day we are faced with a din of noise. Some of it is harmful, some of it is helpful, but most of it is depressing. With so many people out of work, or putting their lives on the line for others, it can be hard to find any reason to be cheerful anymore.

This is exactly the kind of chaotic-good energy we need in our lives right now. Something to detract from the cold and clinical drudgery of physical distancing. Jordan has struck a nerve. In just a few days, Jordan’s Instagram following has gone from 180,000+ to over a million and climbing. He even got all dressed up for the occasion.

In his videos Jordan bounces so easily from heartwarming to hilarious, it’s hard to keep up, and even harder not to fall in love with his kind and eccentric spirit. Whether he’s teaching us his workout routine for…ahem…rock hard abs, or just telling us stories from his pillow to ours, his videos are little beacons of light in trying times.

“We need to protect him at all costs,” commented one user, while others maintain quite explicitly that these videos are what is getting them through quarantine.

This is a gay man who lived through the horrors of the AIDS crisis. A man who grew up in a time that femininity in men was even more admonished than it is today. If there is anyone we can learn from at a time like this, it’s Leslie. “The gay community came out of AIDS closer, and I think the world will be closer after this,” said Jordan. “When we come out of this, people will be kinder, they are gonna be more connected than ever before and more willing to help one another because we have a shared experience.”

If we come out of this half the person Leslie Jordan is, we’ll be alright. As one commenter aptly put it, “I’ve been saying it for years and it’s no different now – Leslie Jordan is a gift to humanity.”

Leslie Jordan Is Finally Getting the Recognition He Deserves