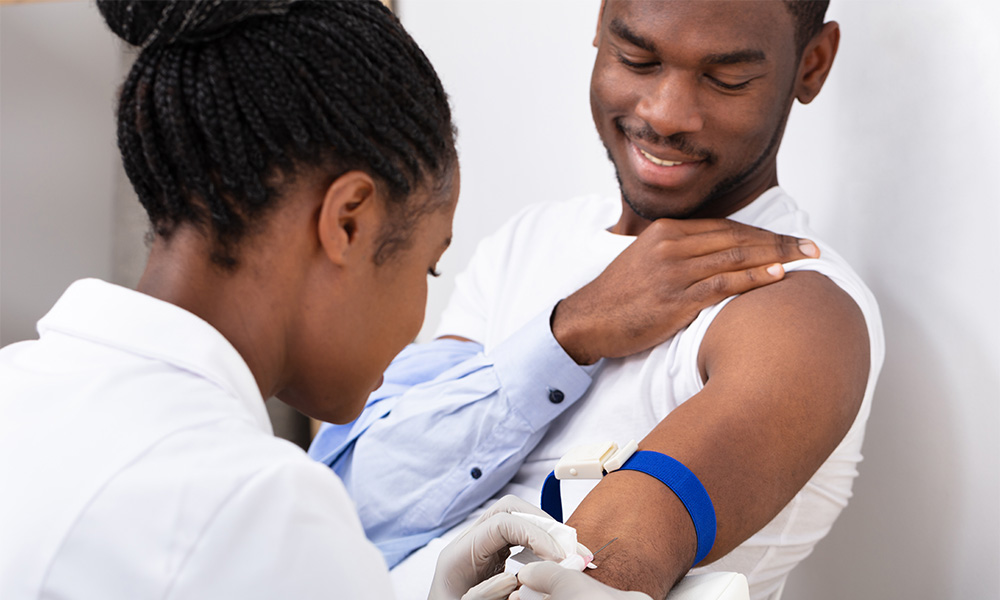 But is it too little, too late?

In news that should make me happy, but instead makes me sad, the Food and Drug Administration (FDA) has revised their recommendations on blood donations from men who’ve had sex with men (MSM), and women who have sex with MSM.

At the beginning of the AIDS epidemic, the panic was rampant. We weren’t very good at testing for HIV yet, and stories similar to those like Ryan White’s had people worried. In 1983 the FDA put a ban on blood donations from men who have ever had sex with other men to curtail risk.

Things have changed a lot since then. We’ve gotten so much better at testing for HIV, and the FDA should have responded to this in kind. They didn’t until 2015, at which point they revised their recommendations to only allow MSM to donate blood if they haven’t had sex in the last year. Effectively speaking, only abstinent gay men were allowed to donate blood. The rationale behind this is that if you were infected recently, there is a chance a test for HIV may come back negative. While this is true, this window can now be as short as 9-11 days. More to the point some countries, like Italy, have already moved to an individual assessment focusing on a history of unprotected sex rather than who your partner was. Since making that change, Italy has not seen a major increase in HIV infections.

Today, after pressure from politicians and organizations like GLAAD, the FDA has shortened its deferral period to three months.

GLAAD, who recently gathered over 20,000 signatures in a petition to end the ban, took to Twitter to celebrate. “Victory!” they wrote. “After weeks of pressure from GLAAD and others [the FDA] is lowering the deferral period on men who have sex with men from 12 months to 3 months.” They went on to clarify that this “victory” was far from perfect. “We’ll keep pushing for the ban to be lifted entirely.”

Victory! After weeks of pressure from GLAAD and others, @US_FDA is lowering the deferral period on men who have sex with men from 12 months to 3 months. This victory, however, remains imperfect. We’ll keep pushing for the ban to be lifted entirely. https://t.co/uAVkU7A9HY pic.twitter.com/PsYO3qgwlk

Pressure also came in the form of Senators Elizabeth Warren, Amy Klobuchar, Kamala Harris, and Bernie Sanders. More recently, New York Congressional Representatives Alexandria Ocasio-Cortez and Carolyn Maloney wrote a scathing letter to the FDA. “This antiquated policy is not based on current science, stigmatizes the LGBTQIA+ community and undermines crucial efforts to increase the nation’s blood supply as the United States grapples with the coronavirus crisis.”

In an email, the FDA explained their decision to update their recommendations.

“Based on our evaluation of the totality of the scientific evidence available, we are revising the 2015 recommendations for reducing the risk of HIV transmission by blood products including: For male donors who would have been deferred for having sex with another man; the agency is changing the recommended deferral period from 12 months to 3 months.”

As stated by Ocasio-Cortez and Malone, blood donations are more important than ever. Not only would more donations help those in need of blood and plasma, but they could also help with the global pandemic we are currently facing.

People who have fully recovered from COVID-19 have antibodies in their plasma that attack the virus, and this plasma is currently being evaluated as a treatment for patients seriously ill with the virus. Reports suggest that men who have sex with men where excluded from this evaluation process.

Someone, please tell me why it has taken a global pandemic for the FDA to update these antiquated, unscientific guidelines. If there has been a “totality of the scientific evidence” available to the FDA, why did it take a global health crisis to act? Not to mention the fact that 3 months is an absurd amount of time to expect gay men to wait before donating blood. It should be noted that FDA’s policies are just guidance. Local and private blood banks aren’t required to follow them. While that might sound better, blood banks have been known to turn away any man if he has ever had sex with a man, despite the 2015 revision.

“The FDA’s decision to lower the deferral period on men who have sex with men from 12 months to 3 months is a step towards being more in line with science, but remains imperfect,” GLAAD President and CEO, Sarah Kate Ellis said in a statement. “We will keep fighting until the deferral period is lifted and gay and bi men, and all LGBTQ people, are treated equal to others.”

It’s high time that we admit that policies like these are sending a harmful message. They are suggesting that unprotected heterosexual sex with multiple partners is somehow safer than monogamous safe-sex between homosexual men. This isn’t just unscientific; it’s bigoted.

According to the FDA, the new guidance is being implemented immediately.