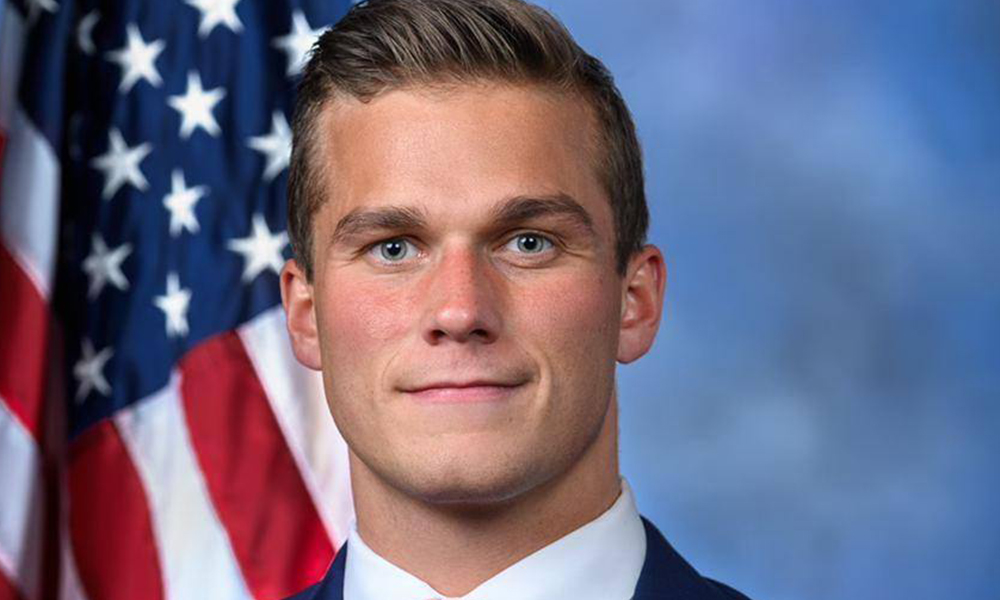 Meet the 157 Republicans Who Voted Against Marriage Equality

The House Passed a Bill to Protect Marriage Equality But Not Everyone Was Pleased.

On Tuesday the U.S. House of Representatives passed a bill to protect marriage equality for queer and interracial couples.

The Respect for Marriage Act passed the House by a vote of 267 to 157. That means that every Democrat voted in favor of the bill, with just 47 Republicans joining them. This is a considerable increase in support from the party when compared to years past. However, it remains to be seen if the bill will see the same support from Republicans in the Senate.

Why Does This Bill Exist?

Tensions have been building since the Supreme Court overturned Roe v. Wade. With that landmark ruling, Justice Clarence Thomas also issued a solo opinion that proposed overturning even more previous rulings. “In future cases,” wrote Thomas, “we should reconsider all of this Court’s substantive due process precedents, including Griswold, Lawrence, and Obergefell.”

How Could That Affect Marriage Equality?

This opinion threatened a married couple’s right to contraception, a decision that revoked sodomy laws, and the landmark decision requiring states to recognize same-sex marriages in 2015. “We have a duty to ‘correct the error’ established in those past precedents,” wrote Thomas.

Supporters of the legislation hope that codifying these rights will safeguard them from future decisions the Supreme Court might make. The House passed similar bills to codify abortion rights earlier this month. These decades-too-late bills now seem likely to face a dead end in the Senate.

Before we explore the Republicans who voted against the bill, let’s explore who went against their party’s majority. 47 House Republicans voted to codify same-sex marriage into federal law, a number that would have been unthinkable a decade ago.

Some point to this increased approval as a sign that sentiments surrounding this issue are changing within the Republican party. Recent Gallup polling shows that 55% of Republicans now support marriage equality, compared to around 30% a decade ago. However, 47 out of the 204 Republicans voting in favor of this bill is still a grim approval rating of 23%.

One House Republican expressed her regret for voting against a bill legalizing same-sex marriage in 2011. Rep. Nicole Malliotakis of New York said in a statement, “Over the past decade, I have attended two weddings of couples who deserve equal recognition and protection under the law. Today, I will vote to codify same-sex marriage to ensure our fellow Americans continue to have the right to equal marriage and benefits under federal law.”

Rep. Nancy Mace of South Carolina was more straightforward on Twitter. “If gay couples want to be as happily or miserably married as straight couples, more power to them,” she tweeted. “Trust me, I’ve tried it more than once.”

If gay couples want to be as happily or miserably married as straight couples, more power to them. Trust me, I’ve tried it more than once 😂 https://t.co/0zi54apZNX

Speaking of divorce, let’s talk about the Republicans who voted against marriage equality. To be clear there is absolutely nothing wrong with divorce, and there is no shame in it whatsoever. However, it strikes us as odd that so many House Republicans cite the “traditional definition of marriage” as their reason to object to marriage equality. Especially considering some of their own experiences with the “sanctity of marriage.”

LGBTQ+ advocate Matt Bernstein took to Instagram to expose this hypocrisy. Among the offenders is Louisiana Rep. Clay Higgins who defines marriage “biblically, as between one man and one woman.” Higgins has been married a grand total of four times. Texas Rep. Jodey Arrington also defines marriage as “a sacred union between a man and one woman.” Arrington has been married three times.

The list goes on to include North Carolina Rep. Madison Cawthorn who recently claimed that “the left wants to destroy the nuclear family in America.” Not only has Cawthorn been divorced, but he, like others on this list, has even been accused of sexual misconduct.

The Respect for Marriage Act will now move to the Senate, the vote for which has not yet been scheduled. To become law, it would next need the support of at least 10 Republicans to pass. So far it’s unclear how Senate Republicans will respond. Florida’s Marco Rubio dismissed the legislation as a “stupid waste of time.” Others, like Senate Minority Leader Mitch McConnell, have yet to take a public stance on the bill.

See below for a list of the 157 Republicans who voted against The Respect for Marriage Act. 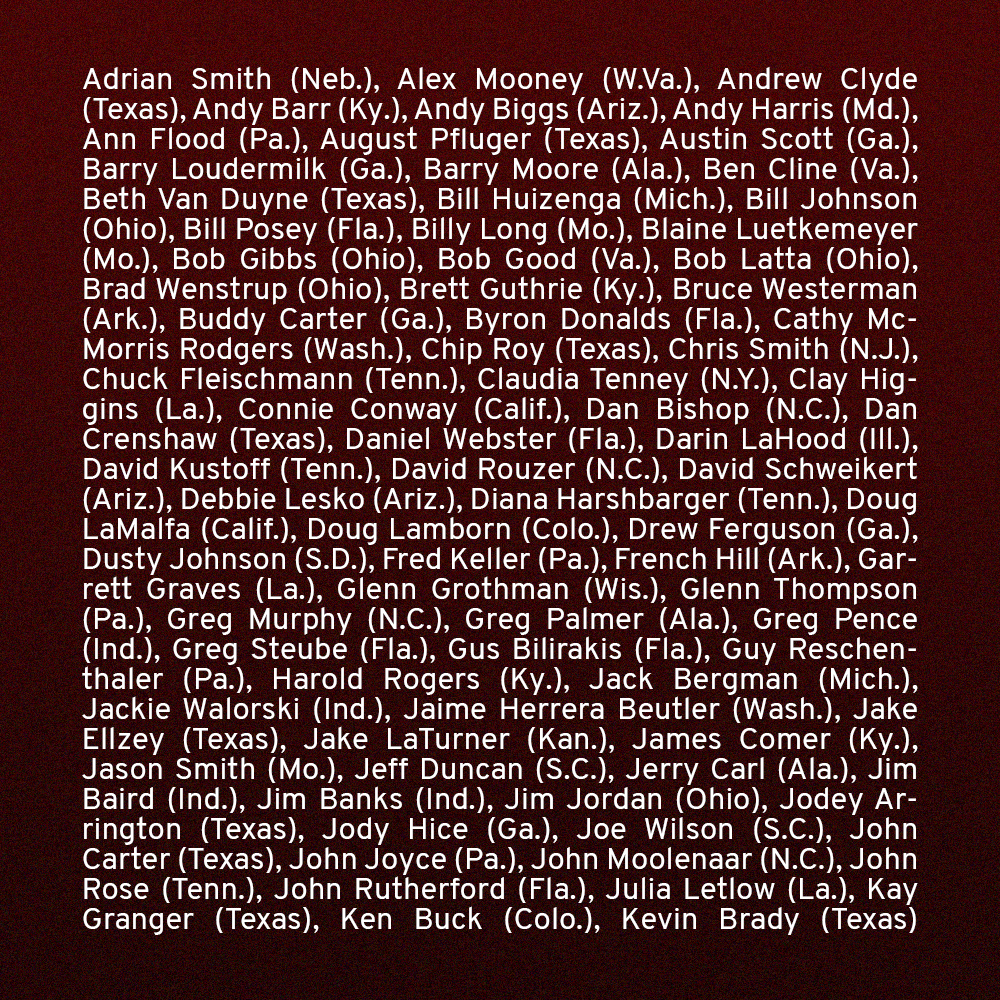 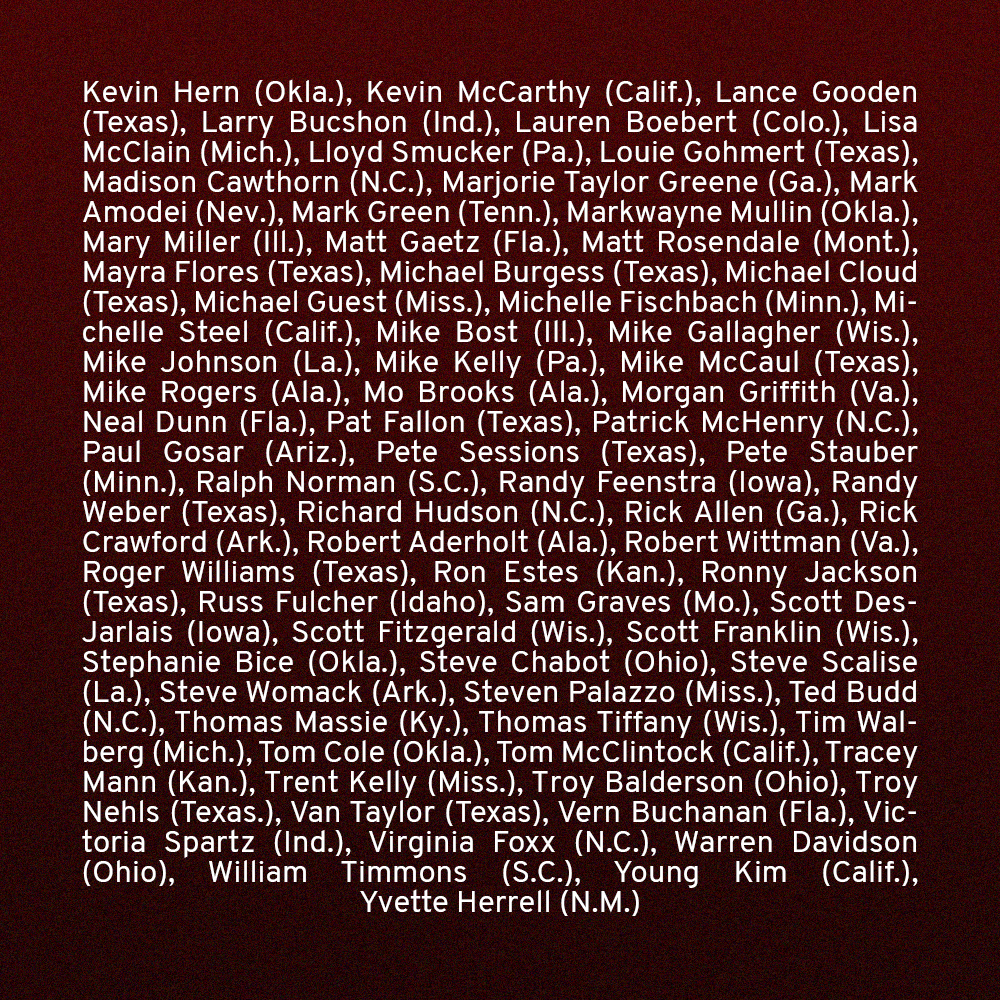 Meet the 157 Republicans Who Voted Against Marriage Equality