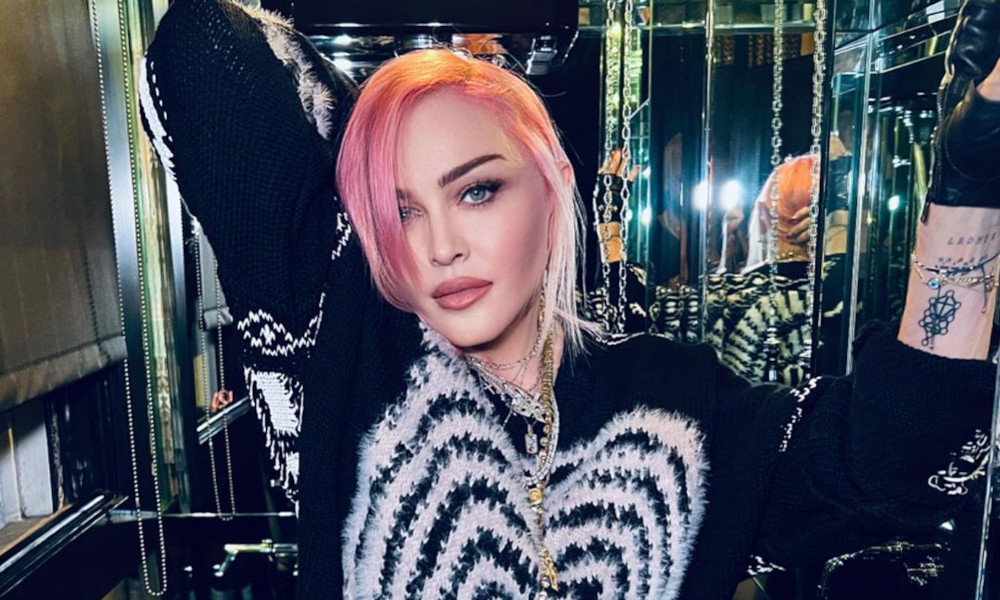 Madonna Seemingly Comes Out as Gay in New TikTok

Madonna‘s latest TikTok video has everyone asking the same question: Did Madonna just come out?

The video posted on Sunday shows the pop queen showing off her new look – cropped pink hair and bleached eyebrows. She’s holding a pair of bright fuchsia underwear before she scrunches the clothing into a ball to attempt to throw them into a trash can. Madonna captioned the short video, “If I miss, I’m gay!” The underwear does not go into the bin (spoiler alert), but Madonna does not seem surprised. She then gives the camera a smirk and twirls away with a dramatic flair.

Since posting the five-second video, Madonna has not made any comments about her sexuality, and fans aren’t sure what to think. “Did I just witness Madonna coming out, good for her,” one user wrote. “We are witnessing herstory,” another user added. So far, the video has reached over 21 million people and has nearly 19,000 comments.

As many dedicated fans pointed out in the comment section of her post, this is not the first time Madonna has commented on her sexuality. In 1991, she spoke with The Advocate about the gay themes in her song “Justify My Love.”

“It wasn’t just about me… I think everybody has a bisexual nature. That’s my theory. I could be wrong.”

She is also known for her constant HIV/AIDS advocacy, the LGBTQ+ representation in her documentary projects like Truth or Dare, and when she helped Ellen DeGeneres come out as gay. In 2010, she told the former TV host, “In fact, I wouldn’t have a career if it weren’t for the gay community.”

And who can forget her infamous kiss with Britney Spears and Christina Aguilera at the 2003 MTV VMAs.

Last month, Madonna released a new music video for her remix of the 2005 hit song, “Hung Up.” The singer locks lips with 26-year-old Dominican rapper Tokischa multiple times throughout the duration of the video. But their steamy kisses did not end there. Madonna was spotted smooching Tokischa at New York Fashion Week and at a Pride event over the summer.

We can’t say for sure that Madonna is using her TikTok platform to come out as LGBTQ, but we’re not NOT saying that. And if she came out years ago, does it really matter?

Madonna Seemingly Comes Out as Gay in New TikTok