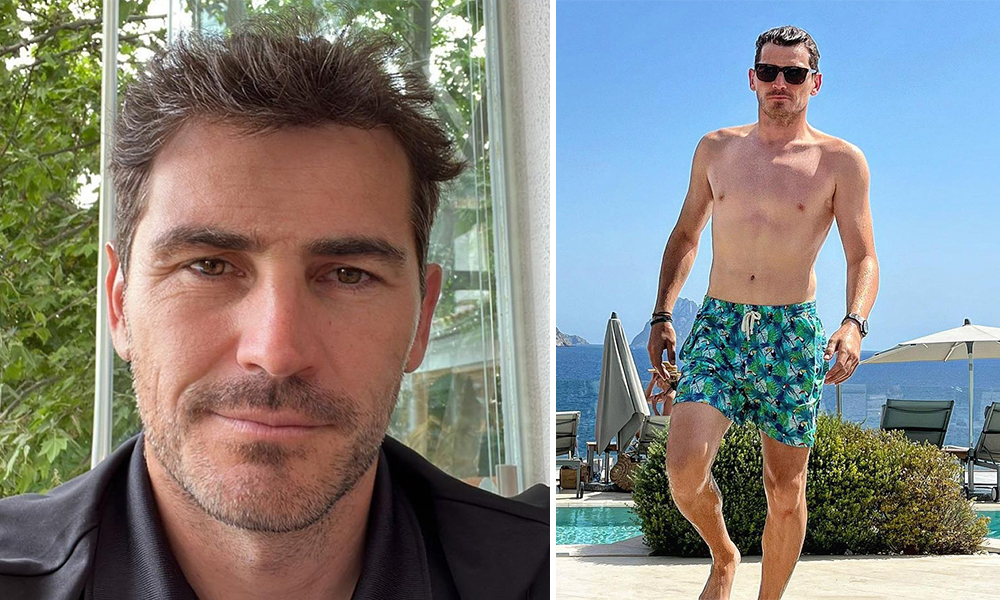 Pro Soccer Player Appears to Come Out: Says He Was Hacked

Iker Casillas, one of Spain’s top soccer players, appeared to come out on Twitter recently. “I hope you respect me: I’m gay,” said the tweet, from an account belonging to the former Real Madrid and Spain goalkeeper. Unfortunately, this is not a heartwarming story celebrating more visibility within a mostly-straight sport. It didn’t take long before the tweet was removed from Casillas’ account, which he claimed was hacked. “Hacked account. Luckily everything in order,” wrote the 41-year-old player. “Apologies to all my followers. Of course, more apologies to the LGBT community.” 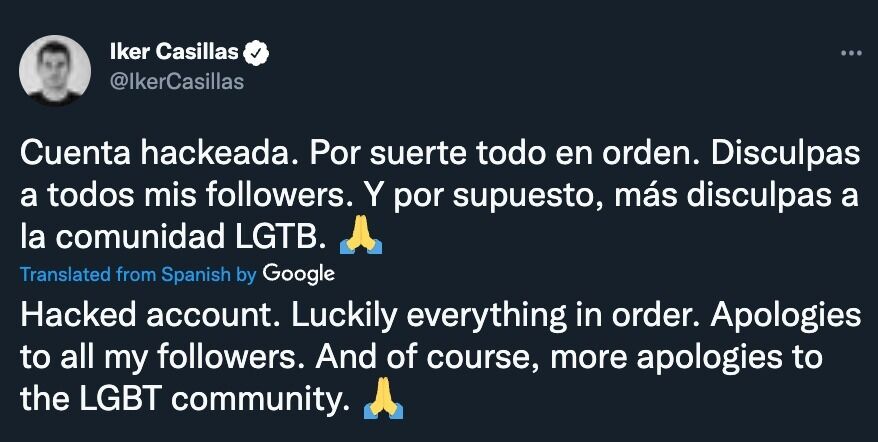 Whether it was a hacker attempting to defame Casillas, or Casillas himself playing a prank, is unclear. Either way, the tweet was motivated by homophobia. That much is clear. Before the tweet was removed, fellow Spanish athlete Carles Puyol responded to the fake coming-out. “It’s time to tell our story,” he wrote, adding a heart and a kiss emoji. If you’re not in the LGBTQ+ community, you might read this as light-hearted fun. If you are queer, you will recognize this joke as homophobia. One where being gay and intimacy between men is the punchline. One where coming out is an afterthought. A joke. 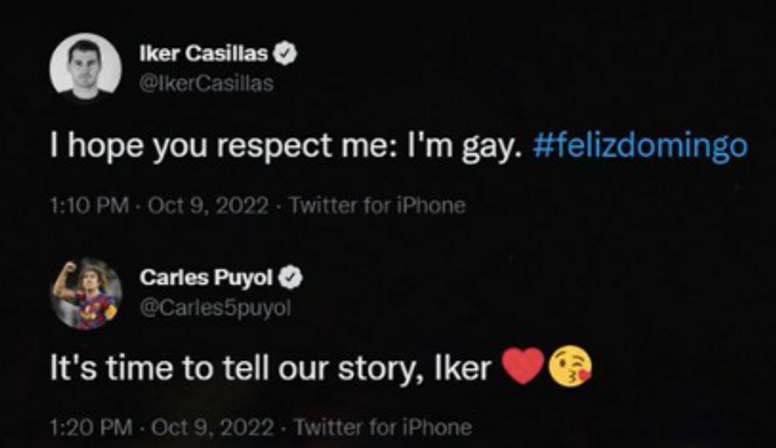 We Are Not A Punchline

Coming out isn’t a joke. It’s a painstaking process, often brought on by years of anguish. For some of us—especially those living in progressive countries and accepting communities with loving families—it’s not all despair and suffering. Still, it is an incredibly important moment of self-determination. It’s also the beginning of many similar moments. Coming out in school, at work, at church, on uber rides, at your local grocery store, or in your senior living community. Perhaps we can laugh about coming out in some distant future when the practice is rendered obsolete. But that is not a reality for the vast majority of LGBTQ+ folks. For now, coming out is no laughing matter. Particularly not for straight folks.

Despite this reality, many straight people still fail to understand the gravity of these moments. At least not until they have been educated on the matter. After facing a wave of criticism, Puyol took to Twitter to apologize for what he called a clumsy joke. “I have made a mistake,” said the 44-year-old. “Sorry for a clumsy joke with no bad intentions and totally out of place. All my respect and support for the LGTBIQA+ community.” Whatever Puyol’s intentions, the impact of this kind of behavior is very real for LGBTQ+ folks. “Jokes” like these serve as a reminder that most straight men are functionally illiterate when it comes to queerness. 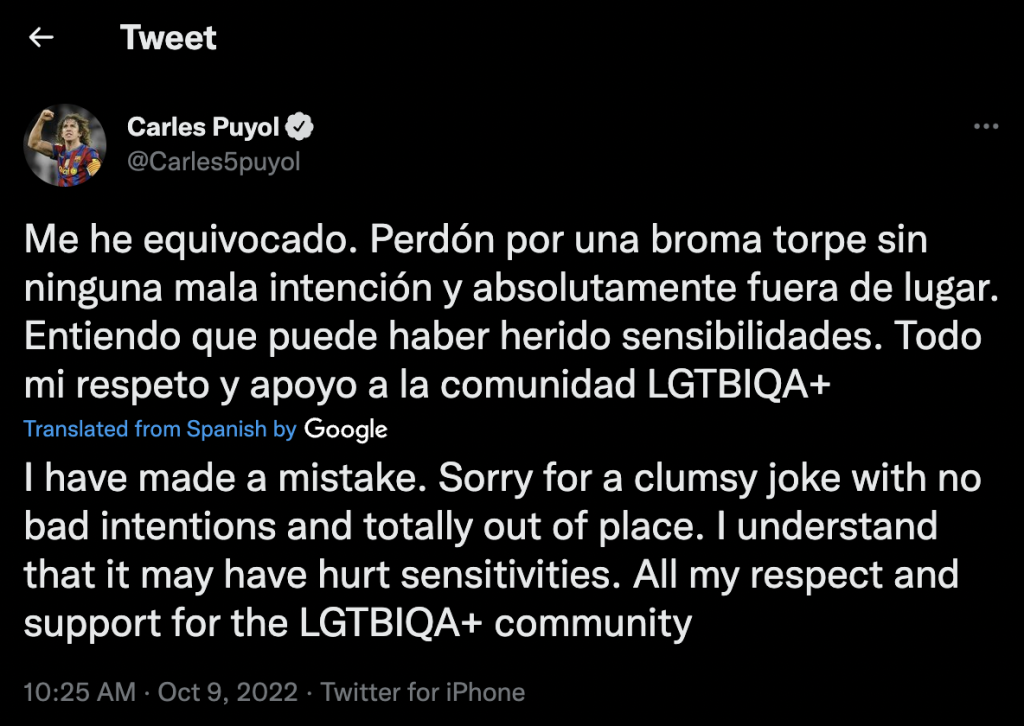 Luckily there were others within the sport who quickly spoke out about it including Jose Enrique, another Spanish soccer player. Enrique says he doesn’t buy that the hacking story is legitimate. “Apologize and recognize the mistake rather [than] lie to everyone,” he wrote.

Instead of apologize and recognize the mistake rather lie to everyone pic.twitter.com/QBRvvhicm3

Out soccer player Josh Cavallo also spoke out against the exchange. “Joking and making fun out of coming out in football is disappointing,” wrote Cavallo, who came out last year. “To see my role models and legends of the game make fun out of coming out and my community is beyond disrespectful.”

@IkerCasillas and @Carles5puyol joking and making fun out of coming out in football is disappointing. It’s a difficult journey that any LGBTQ+ ppl have to go through. To see my role models and legends of the game make fun out of coming out and my community is beyond disrespectful pic.twitter.com/Yp88aQyyTV

Others to weigh in on the controversy include the Spanish Higher Sports Council and Scotland player Zander Murray, who came out in September. We hope that the response to this is an indication of further change for the sport.

Pro Soccer Player Appears to Come Out: Says He Was Hacked