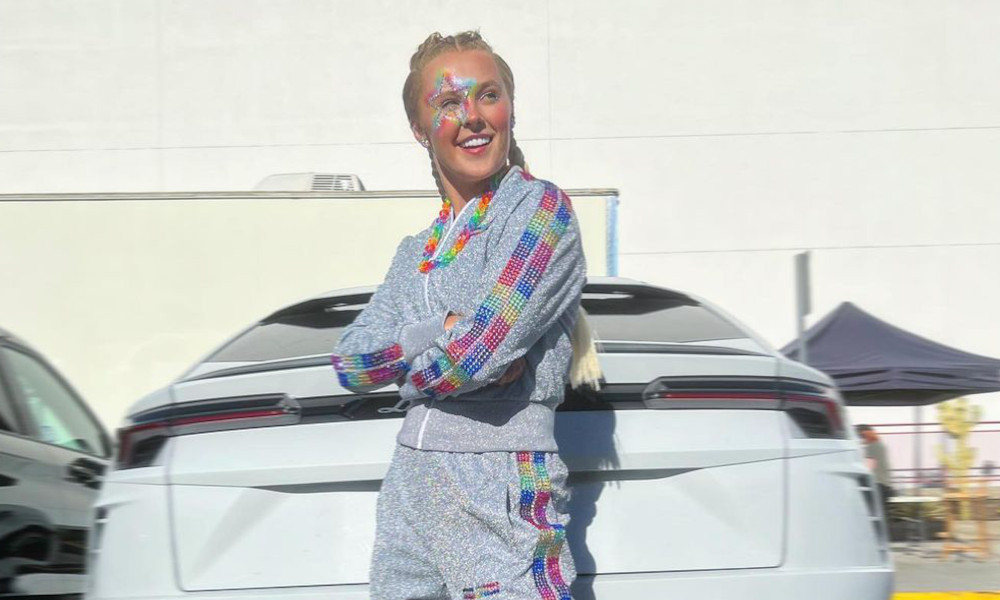 JoJo Siwa Says Her Ex “Used Her For Views”

Internet star JoJo Siwa is opening up about why her three-month relationship with influencer Avery Cyrus ended.

Rumors about the couple’s breakup started after the two posted videos from a Royal Caribbean cruise they took with their friend group. In one of Cyrus’ TikToks, Siwa gives her a gift and says, “This is my ‘sorry for breaking up with you’ present.”

Then, Siwa’s mom Jessalynn posted a video of her daughter seemingly confirming the split and why she ended it on her Instagram story. “‘Cause I got used! For views and for clout, and I got tricked into being told that I was loved, and I got f***ing played!” We’re not sure why Siwa’s mom decided to post the video, but it’s clear this breakup is messier than we thought.

Related | Kevin McHale is Talking About that Horrible ‘Glee’ Docuseries

Another video posted by Siwa seems to go into more detail about her relationship. But again, no names are ever mentioned. Using a TikTok audio, she has a fake conversation with her ex and accuses her of telling “one of my best friends that you were excited to be dating me bc you’re ‘growing your career and wanna get to the top.'”

The caption provided even more insight into the situation. “And when I said I just wanted to be friends so I didn’t lead you on after an unplanned hookup you wanted nothing to do with me because there was nothing to gain anymore,” Siwa wrote. Ouch!

@itsjojosiwaAnd when I said I just wanted to be friends so I didn’t lead you on after an unplanned hookup you wanted nothing to do with me because there was nothing to gain anymore.♬ original sound – ✨Poyo✨

When asked about the split, Cyrus spoke to PEOPLE and said, “From my perspective, me and JoJo left on great terms and are still friends. The relationship was very real and I have nothing but love for JoJo and her family. I’m still very hurt that JoJo broke up with me and am saddened and confused by the situation.”

Cyrus also replied to an online comment asking why they broke up and wrote, “We decided that we are better off as friends! We are both so young and still just trying to figure our stuff out!”

At this point, it’s a lot of “she said, she said.” We hope everyone involved gets clarity and is able to heal!

When did JoJo Siwa and Avery Cyrus start dating?

The two began hanging out in August and confirmed their relationship in September through a TikTok video. They are seen kissing and laughing while taking photos in a Check E. Cheese photo booth.

Who is Avery Cyrus?

Avery Cyrus is a TikToker. She started creating content in 2019 and has over eight million followers and 300 million likes online.

JoJo Siwa and Kylie Prew broke up in June 2022 after rekindling their relationship in April.

JoJo Siwa Says Her Ex “Used Her For Views”