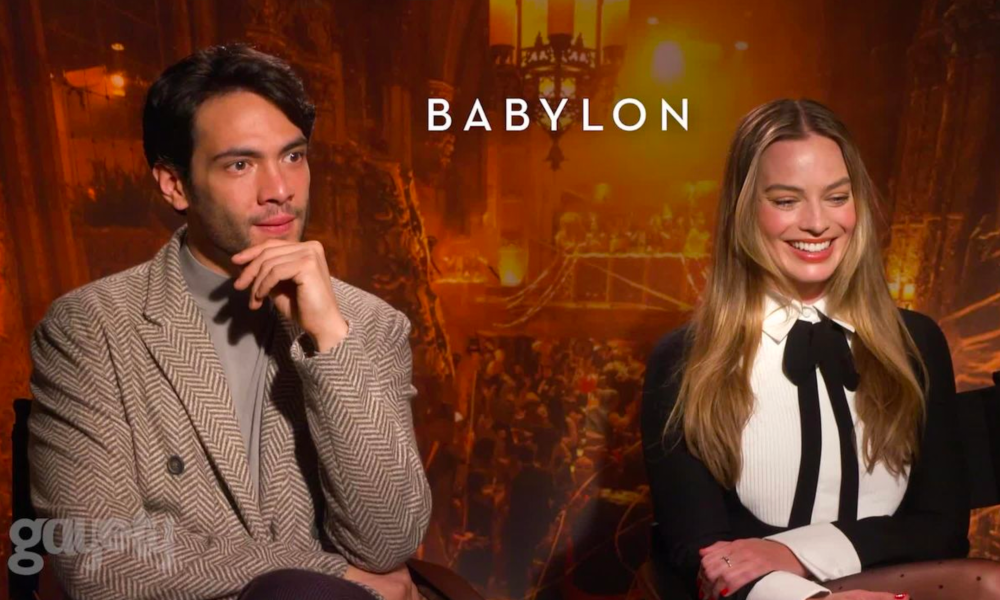 Margot Robbie On Nellie’s Feelings For Lady Fay in ‘Babylon’

“The chemistry between them is undeniable,” Margot Robbie said about her character Nellie and the sultry Lady Fay Zhu.

Margot Robbie on Nellie’s Vulnerable Side

The film touches on how race and sexuality affected Hollywood stars in the industry and even includes a rather intimate moment between Lady Fay and Nellie. Shortly after the scene at the pool, Nellie hides in a bathroom (for context, you’ll have to see the film).

“I think she was first completely discombobulated by what she’s just experienced with Lady Fay,” Robbie told Gayety. “The chemistry between them is undeniable, and also for someone to take control sexually is just a new thing for Nellie in that moment. Let alone to do it in front of a group of people. It was like Lady Fay was one step ahead of her, and she’s normally one step ahead of people. So, I think she was totally discombobulated.”

“And then quickly she hears crew members talking sh*t about her; which incidentally, fun fact for the watchers, is Damien [Chazelle]’s voice. Our director was doing the offscreen lines, just saying. And I think at that point in her career, she knows that talkies aren’t going to work out for her, and she’s trying to cling on to what she had and knows that it’s slipping through her fingers.

“So, I think she channels all of those feelings and there’s a lot going on between being on a high from the kind of dance and near kiss with Lady Fay to being totally crushed by hearing people talk sh*t about her and knowing that it’s true. She takes all of that and tries to take it out on her dad. Because she’s a very healthier, well-adjusted young woman, she suggests a snake fight and drags everyone out to the desert to fight a rattlesnake … as you do. That’s how you should manage your feelings.”

Nellie is a firecracker character. Her first moments on screen show her demanding to enter a party on the terms that she “is a star.”

“You don’t become a star,” Nellie tells Manny in the film. “You’re either born a star or you ain’t. And I’m a star.”‘

Another natural-born star is Calva, who steals the show despite this being his first Hollywood film. The 30-year-old began his career in Mexico City before landing a role in the Netflix series Narcos: Mexico. Then, Calva was hand-selected for this film by Chazelle himself. Evidently, the role means a lot to the actor.

Calva also had a deep connection with his character, Manny, who was often going through similar feelings as he was while filming Babylon. “We were living literally sometimes the same things every day. It was wild.”

Yup, like walking onto a huge Hollywood set and on your first day being told to ride a horse.

See Babylon in theaters on December 23. Watch the full interview with Robbie and Calva below.

Margot Robbie On Nellie’s Feelings For Lady Fay in ‘Babylon’