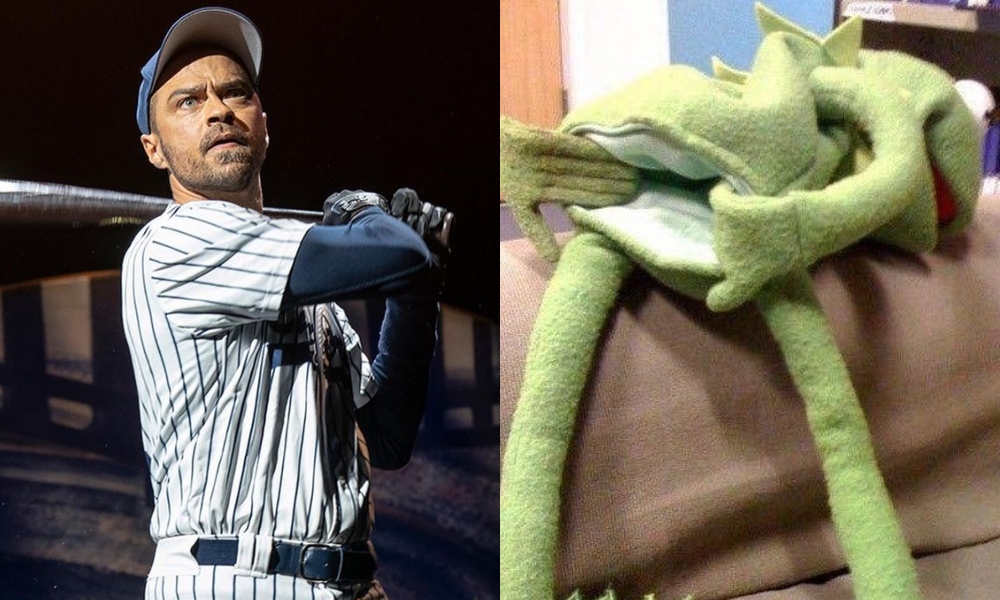 Although the Broadway show Take Me Out has a strict “no phones” policy, someone broke the rules. A naughty theatergoer snuck their phone into one a performance of the show and captured footage of Jessie Williams naked. Photos and a video are going viral on Twitter, and everybody suddenly wants tickets to the show.

The leaked footage, which surfaced on social media Monday, was captured during a shower scene in the play Take Me Out, which opened last month. The play tells the story of a gay professional baseball player navigating coming out to his teammates and the media.

The footage hit the Internet on the same day Williams received a Tony nomination for Best Performance by a Featured Actor in a Play. Clearly, that’s not the only award he deserves and the Internet had a lot to say.

And this is soft 😖 pic.twitter.com/GrDTvdKurB

When Jesse Williams stand behind you: pic.twitter.com/GckghgZGUS

To see the play, 2nd Stage Theater requires audience members to place their phones and smart devices in a sealed Yondr case before the show “out of respect and support for our actors and in order to create a phone-free space.”

Apparently to unlock a Yondr case, you have to connect it to a device in the lobby. So, obviously a naughty audience member broke the rules.

The footage appeared first on a raunchy gay blog’s Twitter, but Williams fans quickly found the clips. Williams recently admitted that he was “terrified” of putting his body on display for the show, “but then I noted that that was what I asked God for,” he said. “I asked to be terrified. I asked to do something scary and challenging and made me earn it and made me feel alive and not comfortable.”

To be honest, Williams clearly has nothing to be “terrified” about; he has the biggest bat ever swung on that stage.

If you’re that curious, purchase tickets to Take Me Out.