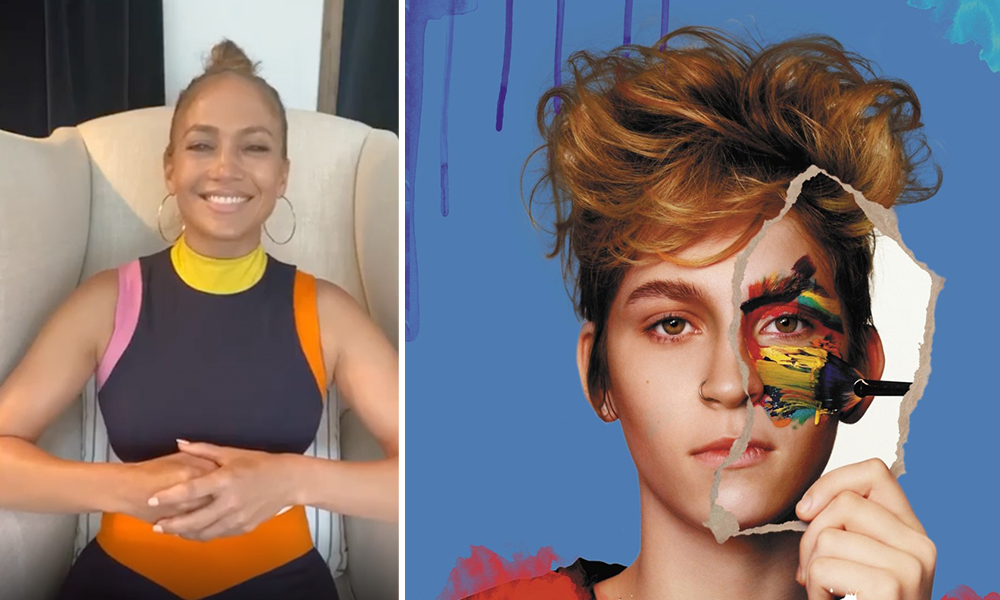 In a post, Lopez shared a short film about her nibling, Brendon.

Sometimes, when I’m in the depths of socially distanced despair, a small glimmer of unexpected hope shines through. This time, it came in the form of a message from our beloved, Jennifer Lopez. Over the weekend, J-Lo shared a short film featuring her trans nibling, Brendon (for those of you unaware, nibling is the gender-neutral equivalent of nephew/niece).

In the post, Lopez discussed the impact a film like this can make on “those of us who watch and experience what Brendon and their family is going through in this time of acceptance and admission.” She continued that this story is “very close to my heart, because it was a family affair,” going on to gleefully refer to Brendon as her nibling. Hearing a mainstream celebrity, even one with such a glowing history of LGBTQ+ support, use this gender-neutral term is elating.

The short film, called Draw With Me, tells the story of 19-year-old Brendon Scholl’s coming out journey. Brendon (pronouns they/them) is the child of Leslie Lopez, Jennifer’s sister. For Brendon, as is the case with many trans youths, coming out wasn’t easy.

Brendon first felt comfortable with their trans identity in 8th grade. “I was the first one in my friend group to come out as trans,” said Brendon, adding, “The hardest part is always telling people. That is the hardest.”

Concealing such an important part of yourself from the people you love the most can take its toll. “The darkest point was definitely when I wasn’t out to any of my teachers or my parents,” said Brendon. They were worried that this “would be like the last straw, so to speak.”

Brendon’s final push out of the closet came when their mother discovered a chest binder in their room. “I just told them the truth, I told them ‘it’s a binder, it makes your chest look flat,’” finally telling their mom that they’re not a girl.

“It caused a strain between me and Brendon. We had some knockdown drag-outs,” Leslie said. The short also addresses Brendon’s thoughts of suicide and their eventual suicide attempt. “It finally hit me, like, oh my God, my kid just trying to kill themself, it just hit me,” Leslie said, adding, “When you finally get to the acceptance part, then you realize it’s not about you. This is about my child.”

Draw With Me shines a light on just how important it is for trans youths to have a strong support system, and when it comes to support systems you can’t get any stronger than this family.

“I’m just hit with how lucky I am in terms of family and friends. When Jen made a post using the right pronouns, it felt really nice to have a family member, in a very public way, show their support,” Brendon said. “It makes me appreciate things that other people will do for me and for anyone else who’s struggling.”

It may seem trivial to celebrate this post, but the use of correct pronouns and gender-neutral terms is anything but. If you told me 10 years ago that mainstream artists would show their support in this way I wouldn’t have believed you.

Maybe some young family will see this, and a mom will be more open, a dad will be more thoughtful, a teacher will be more inclusive, and a trans youth will feel more validated. One can hope.

Draw With Me, Written and directed by Constantine Venetopoulos, is set to debut as a full-length documentary in festivals and to stream. Watch the clip below.