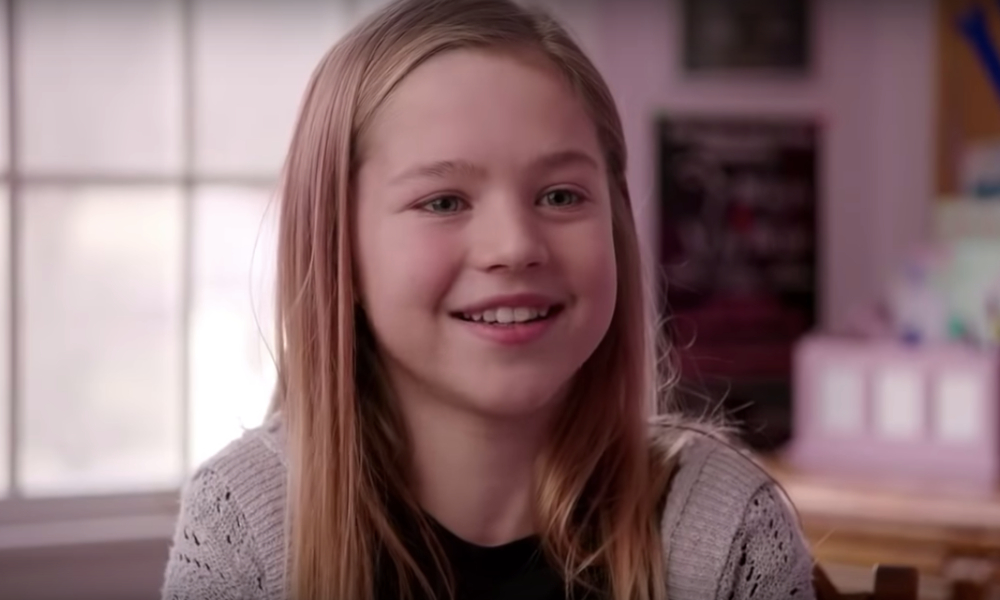 The 20-episode Disney+ series Marvel’s Hero Project tells the stories of extraordinary, positive change young heroes are creating in their own communities.

The inspiring kids featured in the series have dedicated their lives to selfless acts of courage and compassion. To celebrate their achievements, Marvel transforms them into real superheroes with a comic book showing their “selfless acts of bravery and kindness.”

In the latest episode of Marvel’s Hero Project, 12-year-old transgender activist Rebekah becomes a real superhero. “I can change the world,” Rebekah declared in the newest episode, and she was right.

Rebekah and her family joined forces with organizations in New Jersey like Garden State Equality to illustrate that trans people are not scary, as right-wing media suggests.

To create change locally, Rebekah appeared before the New Jersey lawmakers to lobby for Assembly Bill 1335, a law that requires LGBTQ history to be taught in public schools.

Rebekah’s voice made a huge difference and helped change hearts and minds. In February, N.J. Gov. Phil Murphy signed the bill into law, and LGBTQ-inclusive history lessons begin in 2020.

Marvel’s Hero Project — the first non-scripted show from the — studio — follows Rebekah’s journey as a young activist. The docuseries tells her coming-out story and follows her journey as a prominent young trans activist.

Rebekah and her mother, Jamie, spoke with Gayety before the premiere of the episode on the platform. In the interview, she opened up about standing up to transphobic parents, coming out, and creating change.

Gayety: When you encounter transphobia, is it predominately from kids or their parents?
Jamie: I worry more about the parents than I do other kids. Parents carry a lot more of society’s baggage with them. We shielded [Rebekah] from most of that. She wasn’t aware of what parents were doing behind the scenes. But, their kids were mostly unaware of the transphobia, so the parents weren’t passing it on to their children.

Were you nervous when Rebekah wanted to become an activist?
Yes. I was nervous about letting [Rebekah] do it. But, then we realized that the positive impact she could have is so significant it outweighs the risks. It’s overwhelming, but the change she’s creating gives me hope for a better world.

How did you react to her coming out as transgender?
My reaction had nothing to do with her. Any fears I had were about what’s out there in the world and the things she would face. When she came out, we were like ‘ok, we’re doing this.’ It was her joy that really made it clear it was the right path.

How do you respond to transphobia?
Rebekah: I try to teach transphobic people what it’s like to be transgender. To see me in person, I’m not what people think; I’m just a normal kid.

Do you ever get nervous about coming out to new people?
Yes. I have to be very cautious when I tell people. I don’t know who I can trust.

How does it feel to positively influencing the lives of others?
It makes me feel really good, and I know that it’s important I help other trans kids.

The “Mighty Rebekah” episode of Marvel’s Hero Project is now streaming on Disney+. Watch a clip below and read her comic at Marvel.com.