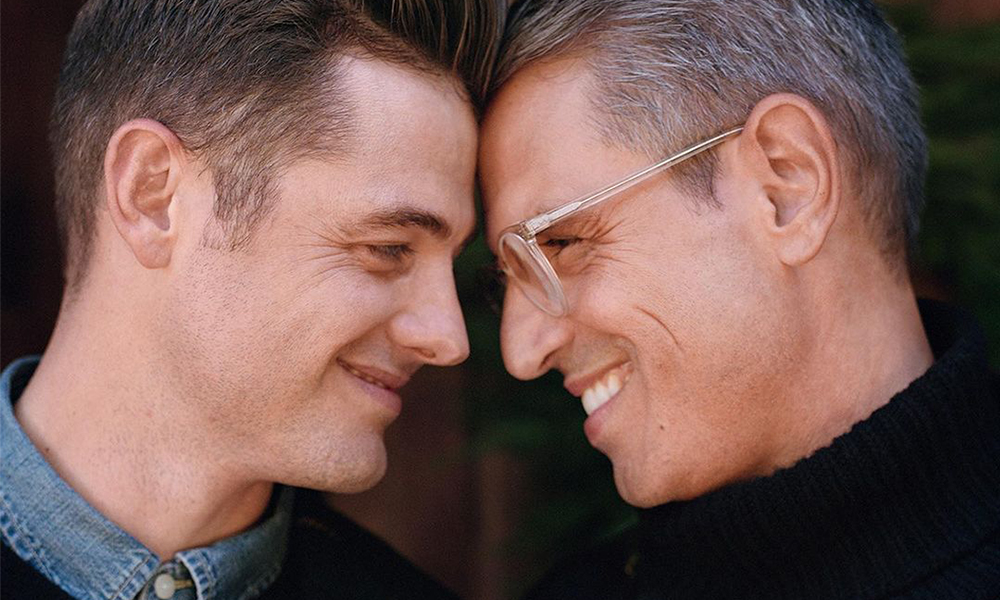 “Family is who you love.”

It’s been a tough year, and for many, the outlook on the holiday season has been…bleak. Never fear, the gays are here to queer up your year with yuletide cheer. Warm some hot cocoa and pop on some Mariah Carey because this year the holidays are gay, gay, gay.

Along with a string of LGBTQ+ holiday movies, we can also look forward to some of the queerest holiday ad campaigns yet. Ralph Lauren has teamed up with husbands Robbie Rogers and Greg Berlanti, along with their children Caleb and Mia. Also included are wives Aweng Ade-Chuol and her wife Alexus Ade-Chuol.

Berlanti, writer, producer, and film director, is best known for his work on movies such as Love, Simon, and the newly released Unpregnant. Rogers made waves in 2013 when became the first professional soccer player based in Britain to come out since Justin Fashanu in 1990. Rogers, now retired, works in production with his husband.

“Those in-between moments are the easiest ones to miss,” said Berlanti in a post by the fashion brand. “And yet they’re always the ones that you remember the most, that tether you together.”

“I’m most grateful for having something to wake up for in the morning — like breakfast with Greg and the kids,” said Rogers who is pictured alongside his husband and adorable kids wrapped in cozy wools and plaid.

With this campaign, Ralph Lauren is making a call to “celebrate love and family in all its forms”. The dizzying and joyful video is set to Homecoming by Josh Ritter. It features the likes of fashion designer Edison Chen, rugby player Maro Itoje, and models Nora Attal, Sire Phillip, and Shu Pei, as well as all of their families. They also included Work to Ride, a Philly-based nonprofit program that aids urban youth through horsemanship, equine sports, and education.

There’s also a nod to chosen family, something near and dear to LGBTQ+ folks. Many of us know firsthand what it’s like to rebuild a family of our own. “We don’t get to choose our family, but we can choose our friends,” said Alexus Ade-Chuol. “Most of the people in my life have been here for so long and we’ve gone through so much, that they are literally my family.”

In the end, as Ralph Lauren put it, “Family is who you love”. This reminder could not have come at a better time, and it bears repeating. Surround yourself with love this holiday season, we could all use a little bit of that.