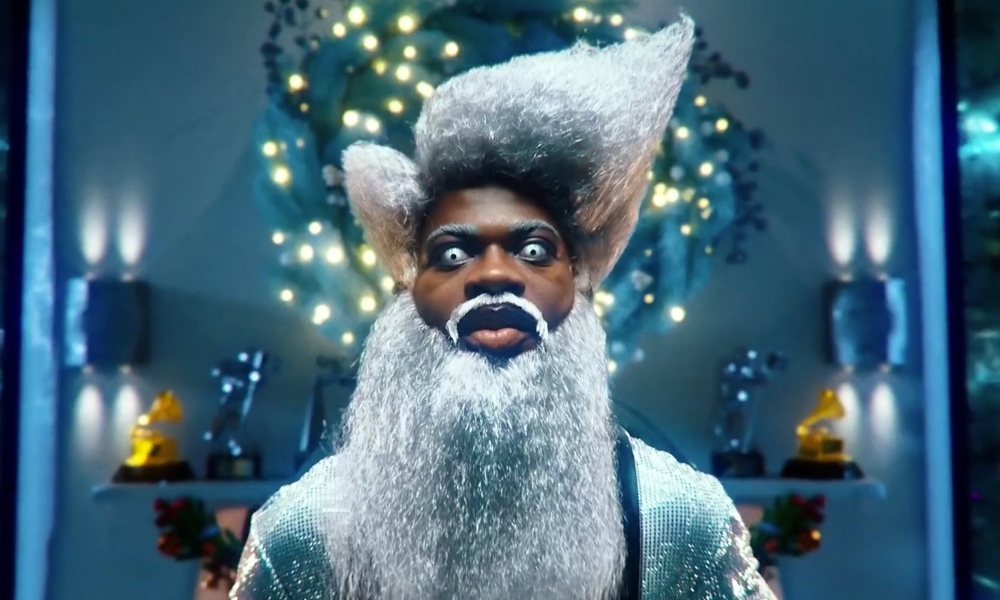 It follows X on a tour of the North Pole of the future, and X plays several roles, including Santa, various toys, and even the faces of Mount Rushmore. It’s pretty clear there was a big budget for this video because the production value is next level.

While he sleighed us with his choreography and costumes, X also gives queer fans a gift they’ve been waiting for. The naughty rapper revealed his position preference; the very first verse starts with “Ayy, can I pop shit?/I might bottom on the low, but I top shit.” That’s right, fans; Lil Nas X is down to bottom, and we assume he’s bossy.

Watch the video below and listen for yourself.