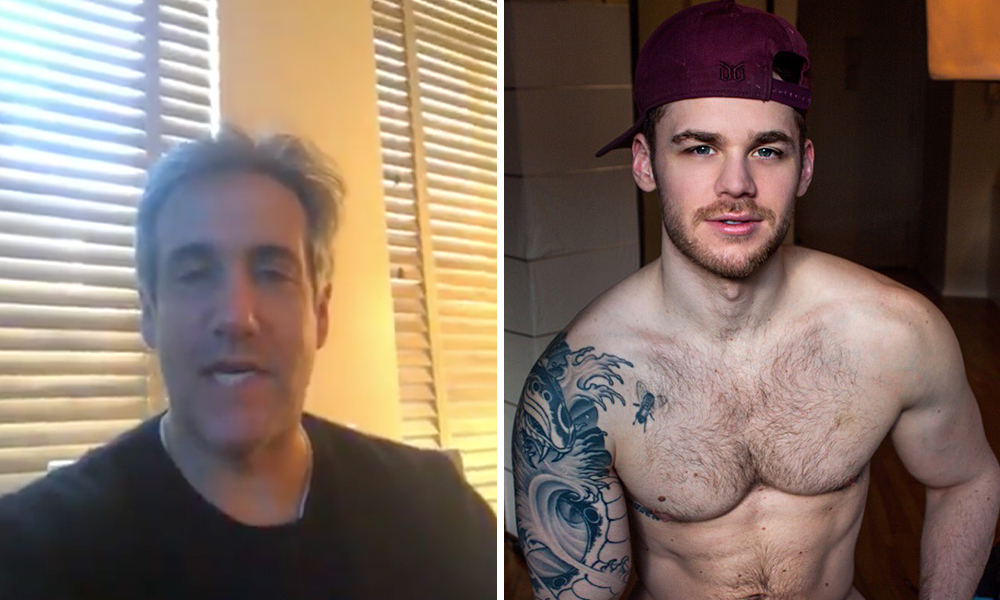 Donald Trump’s former attorney took to cameo to express his admiration for Camp, and his work on OnlyFans. If you didn’t already know, Cameo is a service where celebrities and public figures make scripted videos for fans upon request. Cohen, who is currently under house arrest, charges $100 per video.

Matthew uploaded the video on his Twitter and his OnlyFans account, where Cohen can be seen saying, “I just want to say how amazing Matthew Camp is on OnlyFans.” He continues by saying that he’s “having a blast, enjoying every minute,” with the viewers. Did we mention that he also refers to Donald Trump as soon to be “former President Donald J. Trump?”

Let’s unpack this. This is Michael Cohen. The man who pleaded guilty to eight counts including campaign finance violations, tax fraud, and bank fraud. A man who admitted that he attempted to influence the outcome of the 2016 election at the direction of Donald Trump. A man sentenced to three years in federal prison as a result of his crimes. Lucky for him, he gets to serve his sentence in the comfort of his own home due to COVID concerns.

Now he’s on Cameo, made a video for a gay adult star, and freely admits Trump’s loss of the 2020 election to boot! Honestly, I need 2020 to end soon because I’m having trouble following the plot at this point.

Either Michael Cohen has been enjoying Matthew Camp’s OnlyFans with the rest of us (no judgment), is unaware of what OnlyFans is, or he simply just doesn’t care anymore. Either way, it’s bizarre.