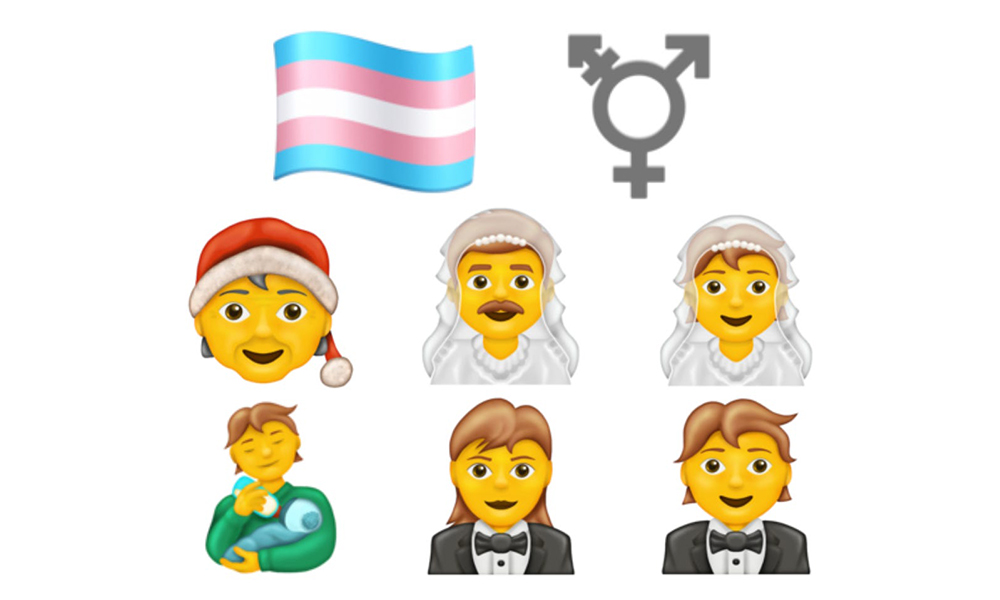 What are emoji’s if not a pseudo-language we use to communicate complex ideas? I know this is riding dangerously close to the “Webster’s dictionary defines the word ‘emoji’ as,” narrative, but it’s true. Like any language, the longer it’s around the more complex and multi-layered it becomes. It adapts to the needs of the people who use it.

Those people are increasingly identifying as queer. Only two-thirds of GenZ identify as heterosexual, and 35% know someone who uses gender-neutral “they/them” pronouns. As for their needs, queer people need more representation. Particularly gender-inclusive representation.

Thankfully Apple has finally released the coveted Trans Pride flag emoji, along with some fun new LGBTQ+ adjacent emojis. Now you can find the transgender symbol, a man in a wedding dress, and a woman in a tuxedo. There are gender-neutral characters too. If you have the update, this also includes a gender-neutral Mx. Claus, just in time for Christmas.

Just imagine how beautiful it would be! It might be a long way off, but hey, a gay can dream. Apple, if you’re listening, keep the LGBTQ+ representation coming.