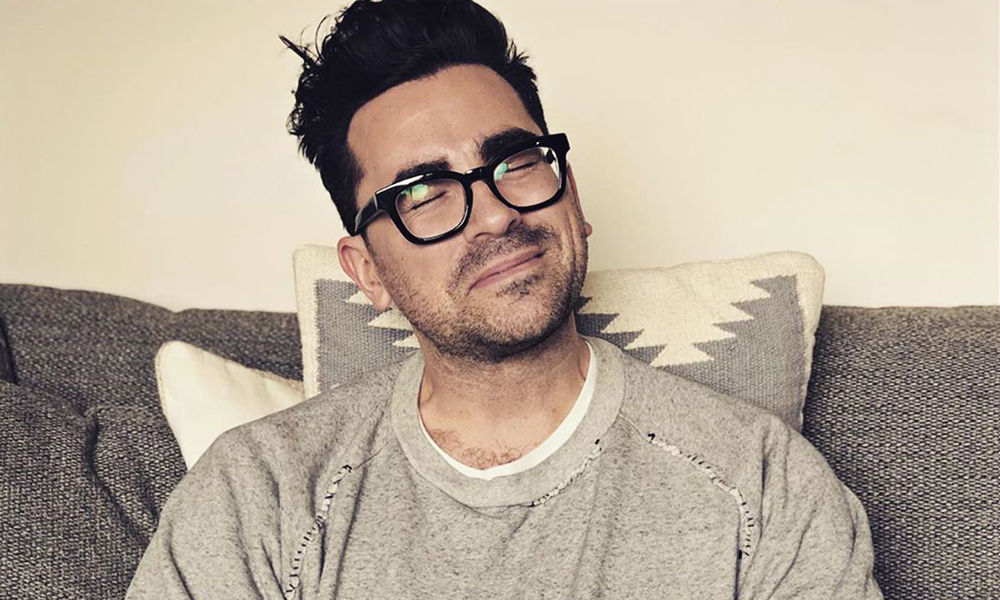 Following his show’s emotional final season, Schitt’s Creek and winning an Emmy, Levy has just snagged another noteworthy accolade; he made People Magazine‘s Sexiest Man Alive list. “This form of sexy is a niche market,” Levy stated in the issue.

Levy took to Instagram to share his spread, which features him living his best quarantine life. The photo themes include walking his dog, taking out the trash, baking, and doing other everyday things. Levy revealed he’s dabbled with sourdough, banana bread, and all sorts of cookies, which turned out … well, not great, but that’s ok.

“All it did for me was remind myself that I should be saving my money and putting it towards ordering food so that someone can do it for me,” he said. In addition to baking, Levy has, like most of us, watched a lot of television. He binged every season of Insecure and Normal People and watched Real Housewives of Atlanta and Below Deck Mediterranean.

Although he’s watched a lot of television, Levy has also been taking courses on indigenous studies online through the University of Alberta.

I have spent the past 13 weeks taking the Indigenous Studies course through the faculty of @UANativeStudies at U of A. The weekly discussions we had were nothing short of transformational. Help me support the faculty by donating here: https://t.co/yCInZbwqeF pic.twitter.com/VXACgYfnW3

Anyway, back to his recent People Magazine success. Check out the photoshoot below!